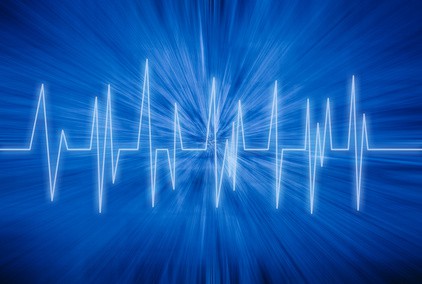 As a mom, I wonder sometimes about how much I need to own it on various issues affecting my teen, especially as it relates to marijuana. With the marketing of “medical” marijuana in my home state of Georgia, I’m put at a disadvantage because I know that she’s getting word that weed is harmless. Some of that information is coming directly from our own legislators.

In March, the Georgia Legislature passed HB 1, a bill titled “Haleigh’s Hope Act,” which makes it legal for “ physicians, acupuncture, physician assistants, cancer and glaucoma treatment, respiratory care, clinical perfusionists, and orthotics and prosthetics practice, so as to change certain provisions relating to the use of marijuana for treatment of cancer and glaucoma; to provide for regulated medicinal use of cannabis and derivatives thereof to treat certain conditions; to provide for related matters; to repeal conflicting laws; and for other purposes.”

Did that just say “acupuncture…clinical perfusionists and orthotics?” First of all, a clinical perfusionist is a medical professional who runs the heart-lung machine during cardiac surgery. I know because my father died during heart surgery and I’m pretty sure I wouldn’t want the guy running the machine taking a dose of “medicinal cannabis.” I know, it’s supposed to be for the patient, but as I review the diseases covered in HB1, I don’t see anything that relates to a perfusionist. What about orthotics or acupuncture? I’m not a medical doctor, but then again, I’m pretty sure neither are all the members who drafted HB1. And here’s the weird part – our Georgia Legislature has approved a drug to be used for the treatment of the following diseases: Cancer, Amyotrophic lateral sclerosis, Seizure disorders related to diagnosis of epilepsy or trauma related head injuries, Multiple Sclerosis, Crohn’s disease, Mitochondrial disease; Parkinson’s disease, and Sickle cell disease, against the advice of our own FDA.

How is it that the Georgia Legislature can assign cannabis oil to treat these diseases when the FDA has not? To listen to parents who were pushing for HB1, you would think they had some scientific backing that promotes the use of the drug based on clinical trials. Nope.

Kelli Kirkley Hopkins has a child that she desperately wants to save from the pain of seizures. I get it, but as I read her blog – nomatterwhathappens-kelli.blogspot.com – I’m not reading anything that gives me any inclination that cannabis oil is the miracle drug she proposes. She posts on December 9th that her daughter had been on the drug for seven days. Here’s day four:

Day 4 was a horrible day. She had 3 seizures lasting 50, 22 & 32 minutes. She had to have rescue meds to get them stopped. Deep breath here because I was unsure what was up. Michala typically has increased seizures with the full moon, rain and cloudy days. It was almost a full moon and a big storm was coming over the Rockies.

Yesterday was hard day for Michala. She had two bad seizures. One early in the morning and the next while we were out and about. So thankful Mike was there for them. He continues to be my rock. This morning she has already had two really bad hard seizures. It’s time for an increase in her cannabis oil. Please be in prayer with us as we increase her dose this morning.

We adjusted Michala’s cannabis oil recently to see how it would help. With the other formula she was still having wonderful cognitive improvements, better seizure control but still some break through seizures. Right now we are seeing some frustration and agitation as her body is adjusting to something new. Not at all unusual for her or with any type of medication change. We have gone back to a lower dose to see how her body responds. She still has plenty of room for adjustment if needed. We are hoping to see more and more improvement with this in the next few days as her body adjust and the medicine gets in her system.

Is cannabis oil causing the seizures to become worse? The children using it already have seizures so it’s tough to separate the results. What I do know is that 50 miles away from the Georgia State Capitol’s debate in March, an exchange student ingested a chocolate bar with THC and had a seizure. She was taken by ambulance to the hospital.

For its part, the FDA is adamant about its stance on the drug: “The FDA has not approved marijuana as a safe and effective drug for any indication.”

To understand what the Georgia Legislature has done, consider LiveScience.com’s reference to today’s THC, “The intoxicating chemical in marijuana is tetrahydracannabinol, or THC. According to research from the Potency Monitoring Project, the average THC content of marijuana has soared from less than 1 percent in 1972, to 3 to 4 percent in the 1990s, to nearly 13 percent today.”

With that in mind, it’s no surprise that long-term marijuana use can lead to addition, “Over time, overstimulation of the endocannabinoid system by marijuana use can cause changes in the brain that lead to addiction, a condition in which a person cannot stop using a drug even though it interferes with many aspects of his or her life,” according to the National Institute on Drug Abuse.

I will let you decide whether cannabis is harmful. It seems like public opinion is driving it anyway, but from a logical standpoint, I see it as no different as any other substance that affects the brain. I’m just trying to understand how America got to this point and what the representatives in my home state of Georgia were thinking.

You decide. Own it for your kids and when you do, ask them what they think about “medical” marijuana. I think you’ll be shocked at what you hear including the belief that it cures cancer.