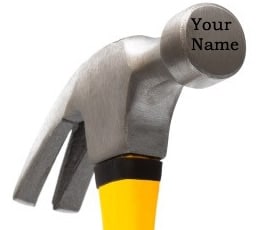 Let’s Get Hammered! by @1000Girlfriends

I spend a lot of time with women who died decades, even centuries ago.  I’m the keeper of their stories, and I share them on my blog. They are the agitators, the risk takers, the life-changers. Not surprisingly, their stories don’t exactly get the same treatment as their male revolutionary counterparts. In other words, it’s not so much different than it is today. But setting out to change the world takes a lot of time and if you’re a woman, it takes guts, because the only people that really want you to succeed is a handful few. The rest will do what they can to knock you back in line right beside them, the mediocre majority.

There’s a popular Japanese proverb, “The nail that sticks out gets hammered.” If that nail wears heels and lipstick, it is all but certain that it will get slammed back into place.

History hasn’t changed. What has is that women have more to lose now, making it much less likely that they will take the chances they once did, which is unfortunate because the colorful characters of the past have so much to offer the present and the future.

At the recent Consumer Electronics Show (CES) In Las Vegas, hammers were ready for the nail du jour, Yahoo!’s President & CEO Marissa’s Mayer. And, they used them, from commenting on the purple clad Yahoo! Employees, and her dress to her predictable and “flawless” presentation, commented and retweeted with sarcasm by male professionals. Margaret Thatcher took on a male dominated profession, and yes I’m comparing Silicon Valley to the British Parliament, and got hammered daily. I pass on her wisdom to those women who believe they can use diplomacy or decency to win over their hammer-swingers, “If my critics saw me walking over the Thames they would say it was because I couldn’t swim.”

Either you own It or the critics own you. You need to choose your path. 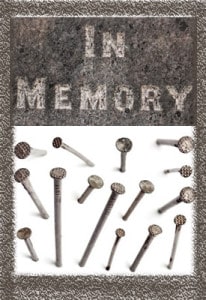 If you’re looking for a role model, I do have a few suggestions with some caveats of course. Who could forget Abigail Adams’ admonishment to her husband in 1787 as he rode off to the Constitutional Convention, “If particular care and attention is not paid to the ladies, we are determined to foment a rebellion, and will not hold ourselves bound by any laws in which we have no voice, or representation,” and then he came back empty-handed.

Don’t count on others to do what needs to be done.

Harriett Tubman spent her life as a slave and finally escaped to freedom. She did it and no one would have blamed her is she kept running. Instead, she set up the Underground Railroad,
a series of safe houses and secret routes to lead slaves to freedom. An important Tubman quote to remember, “Never wound a snake; kill it.” It’s a metaphor for just about anything.

Maybe, just maybe, openly ridiculing women in politics is not as prevalent today as it was in 1874, but in Argonia, Texas, it was hilarious to the men who warmed the seats in the back of the town saloon. Of course, being plied with liquor must have made them forget that women were given the right to vote in municipal elections a month earlier so when they took issue with the Women’s Christian Temperance Union (WCTU) slate of town candidates (after heckling the process earlier in the evening), they submitted their own slate, this time with one of the WCTU leaders, Susanna Salter, on the top. It was so funny they could barely contain themselves as the polls opened and the town was greeted with the absurdity of Salter’s name. Her loss in the polls was sure to embarrass the “powerful” WCTU. Fortunately, women aren’t stupid. Salter won by 75 percent of the vote, becoming the First Woman Mayor of a U.S. City! Queen Victoria sent her a letter of congratulations.

I’ve been hammered so much I think my neck is shorter and it is very painful, emotionally, professionally and physically. Sometimes I have to wonder if it’s worth it. Outwardly, I’m the pleasant Eleanor Roosevelt, but inwardly, I’m Carrie Nation, who one day stepped out of her place in line, singing hymns at a local bar with the WCTU, grabbed an axe and destroyed the saloon. She was over six feet tall and no one stopped her. She traveled the country with her axe and was arrested over 30 times.

Don’t let it own you.

In the end, it’s all worth it. I don’t have to give you my reasons, you already know why.

One Reply to “Let’s Get Hammered! by @1000Girlfriends”