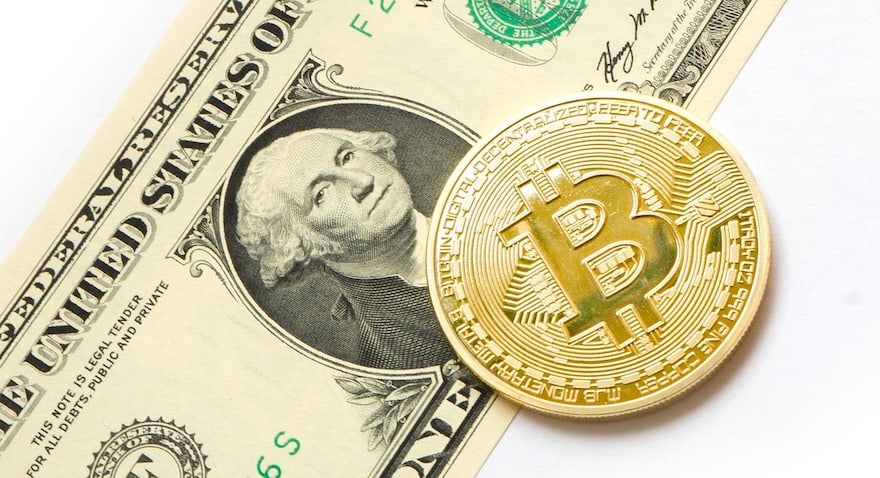 When Bitcoins first arrived on the scene a few years ago, it was difficult to see the appeal: a digital currency with no physical backup and seemingly no purchasing power that was slowly propagating within the web. As the computerized cash has developed however, those who have been getting in on Bitcoin trade early are the ones laughing: not only are the digital ‘coins’ worth big bucks on wall street, but as the technology evolves it’s becoming clear the concept of digitally secure currency will become a major game changer. In 2014 Microsoft started accepting Bitcoin as a method for payment when purchasing from the Windows store in the United States, and if rumours about Amazon accepting Bitcoin transactions in the future are true there will definitely be more adoption. If you’ve ever been curious about what a Bitcoin is here’s a starting point to understanding the appeal, and if your business needs to pay attention to the trend in the near future.

In essence, Bitcoin, and competing brands, including Ethereum and Zcash, are digital currency. Just as physical currency is made up of metal or paper, minted and backed by the issuing government, Bitcoins are made up of encrypted code, created (‘mined’) through solving complex mathematical problems, and backed by the community who recognizes the process and value. Compare the process to a dollar bill: made up of special paper and ink, we can use dollars for trade because members of the community, particularly banks and government, agree each bill has value. In the case of Bitcoin each unit of currency is made up of special computer code, which makes it easier to conduct all transactions online, and the more members of the community who agree that those codes are useful to trade in, the more prized Bitcoins become.

In addition to their ‘digital’ appeal, Bitcoins offer other benefits that make them interesting to investors. Unlike traditional currency, Bitcoins are significantly difficult to fraud and impossible to counterfeit. They are accessible as currency to everyone worldwide. Most importantly, Bitcoins have been developed to solve common issues when verifying electronic deposits and transactions, as ‘instant pay’ technology. Think about is this way: traditionally, Person A puts money into their account, and then goes to immediately spend this money in shops, online, etc. However, the money in their account isn’t really there: the bank assumes the deposit was good, but what if that’s not the case? What if the cash placed in an ATM is faulty, forged, or a check that bounces? Now there are two problems: not only has the bank not received the money, but Person A spent money they didn’t have, and not all transactions will be reversible. The result is a common financial loss, and make no mistake: at the end of the day someone is paying for that bill.

But what if the bank could verify if the money was real in an instant, removing the fraud risk with payments? With Bitcoins, the moment they are sent, a group of digital auditors instantly check: is the code authentic? Does Person A actually hold Bitcoins to spend? If the answer is yes and all of the digital auditors approve, they add a timestamp with their seal, a new ‘bit’ to the coin that records the transaction. For this reason, Bitcoins are also referred to as ‘crypto’ currency: literally strings of encrypted codes treated as money. What’s more, because a Bitcoin is computer code and packed with data, they can include other information in purchases that normal cash can’t, such as when the coin was created, and where it has been spent.

Should my business accept Bitcoins?

Like a lot of business decisions, the answer is “it depends,”. Particular consideration should be given to what industry you are in, whom are your customers, where are they located, and what is your business intending to achieve? First keep in mind that Bitcoins are fairly volatile as a currency, known to jump and fall in price significantly over a 30-day span. Although this is improving with time, it means you likely want to avoid accepting Bitcoins for large purchases, and instead use it as a potential alternative for small transactions that will appeal to your customer base. There’s also a weariness when it comes to government regulations: Bitcoin has thrived by operating independently from public bodies, but that won’t last. Between China’s choice of banning Bitcoin trading, to Japan where in 2017 crypto currencies have been declared legal tender, international government opinions on what to do about Bitcoin are across the board.

Examples of businesses and industries adapting:

If you’re a traditional retailer, take Bitcoin with a grain of salt: worth knowing about and keep an eye on your competitors if they adapt, but relax and know that for now there’s no rush. However, as the market becomes more regulated, as Bitcoins become more accepted, there are definitely opportunities, and business owners can expect to hear about cryptocurrencies more in the future. As with many new technologies, taking the time to understand the new innovation and watch if it becomes advantageous for your operations is worth the while.