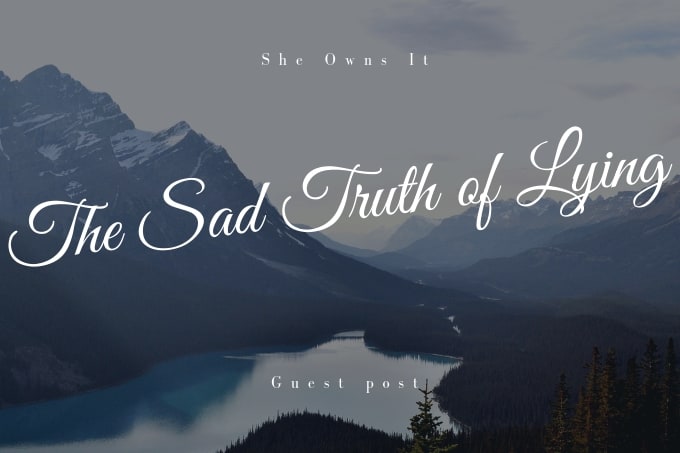 What is one thing people can’t stand but everybody does? Lying we have all done it at least a few times in our lives. We don’t lie all the time. Many people pride themselves on being honest. We have Honest Abe and then there is the story of Washington and the cherry tree. I remember seeing television episodes that center around the main kid in the show, they start lying to the rest of the cast. Then you have the whole moral discussion about why you don’t want to lie.

We know what it feels like when we are lied to. Especially when it is someone we originally trusted. The crushing feeling we encounter when suddenly we find out our child who never lied is suddenly started to show dishonest tendencies. Perhaps you had the awakening of the damage you did to a person you deeply care for when they discover that you have lied to them. I remember that turning point. There is something about a person’s word. Business is dependent on trust. I use to tell my children it takes a long time to build that foundation of trust but one lie to destroy it.

We all have had stories of people who have lied. I bet though that you lie a lot more than you want to accept, and it is to someone you should believe. The person you lie to the most is yourself. OK, stop right here let that sink in, just a little bit before you dismiss that statement. I have mentioned this to many people and their reactions say one thing though their response is the complete opposite. You do lie to yourself daily and maybe even hourly.

Why do we lie to ourselves?

We don’t want to feel inadequate about an accomplishment or about ourselves. We may feel jealous of a friend’s success and tell ourselves that you could have don’t that in reality you probably couldn’t. We are afraid that we will lose that friend. We are afraid of being called out. So we lie so we don’t have to face the discomfort that we have to work on a portion of our business that we really struggle with.

Folks lie to themselves because we want to keep something hidden from ourselves. We lie to ourselves so in a weird way, we want to protect ourselves from discomfort and fear. 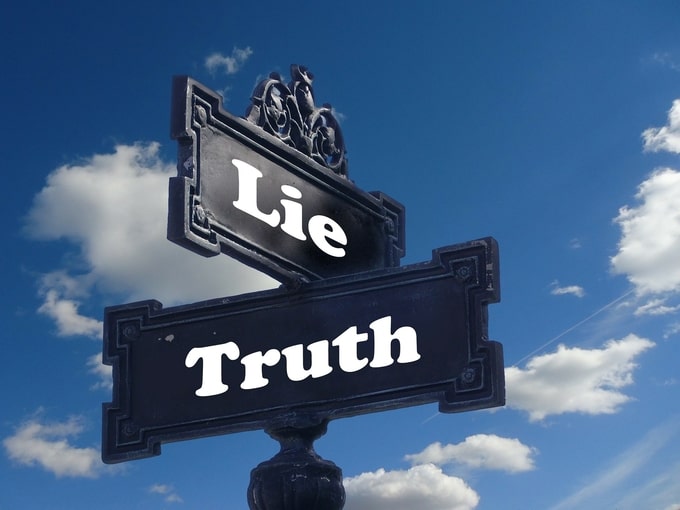 Yes you have lied

I can hear you all the way over on this side of the internet. It is ok that you have lied to yourself. How many times have you said, “Tomorrow I’m going to start my diet” only to not start it? Is that not a lie? There are plenty of instances of all of us lying to ourselves. We just have to pay attention to. The fact that you are fighting against that statement says that you are wanting to keep something uncomfortable tucked away. You don’t want to face it. That is alright you don’t have to face it now, but you have to face it sooner or later.

What does it matter?

As Polonius states in Hamlet,

This above all: to thine own self be true,
and it must follow, as the night the day,
Thou canst not then be false to any man.
Farewell, my blessing season this in thee!

Another common saying is the Golden Rule. Love your neighbor as you love yourself. Other words, Not only is it treat others as you want to be treated but if you can’t be honest with yourself then how are you expected to be honest with other people? If you have no problem lying to yourself then why would you have an issue about telling your neighbor a little white lie?

So what do you do?

The most direct route is to start telling yourself the truth. Now, this isn’t going to be easy especially if you are lying to yourself all the time. So good tip on correcting the problem is to just simply call yourself out. When you catch yourself telling yourself a lie than simply say that’s not true, or that a lie. Then state the truth. But don’t beat yourself up over it. Be a bit jovial about it. Beating yourself up will not fix the problem as easily as if you just take the time to gently correct your lie with the truth?

This isn’t easy I still struggle with telling myself lies and in the following years since I stopped lying, I have taken pride in honesty. Sometimes I need to work on how that honesty is delivered but I am getting better at being truthful with myself.

The reason we shake on the deal is that we trust that other person is going to uphold their word. If they crawfish on a deal, then you would never want to do business with them again. Trust is a two Way Street You have to be trustworthy and be trusting. It is hard to do just that if you are lying to yourself. If you can’t have trust that you are going, to be honest then it will show through in your actions. Denying the truth to yourself isn’t helping anybody especially you. 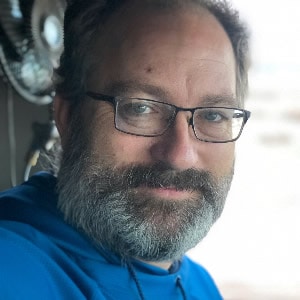 I am men’s life coach and blogger. I help people see their limiting beliefs and lead out of their patterns of self-sabotage, by getting them outdoors into nature. Doing so allows these folks to reconnect with the fearless child who thought they could do anything. They could be a mermaid or a banker. I want to show people that the American “can do” attitude isn’t dead but strong powerful and very much alive.

If you had a dream when you were a kid that dream is still waiting for the go-ahead even today. Make the goals that will help you reach your innermost dream. Those aspirations never died but are dying to get out. It isn’t too late. You can be what you want.

You can find my blog The Relaxed Male-outdoors leadership