Ever met an impresario, who started as a 16 year old kid, creating his vision by taking on old, decrepit projects that people saw no value in and were willing to throw away, or destroy? Then, seeing potential, putting on some new parts, shining it all up to the original beauty and reselling to an adoring audience for a profit? 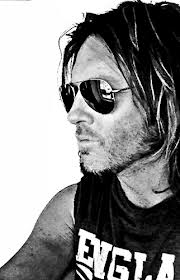 I have, and his name is Nico Santucci.  He has become one of the top entrepreneurs around Vegas & Los Angeles via various properties, mansions, restaurants and nightclubs.  Building, renovating, buying, selling, owning…you name it, his hands are in it. When he was just 16, driving with his father in the family pickup truck on the way home, they passed a junkyard with rows of taxis waiting to be demolished. Nico’s father explained to him that these taxis had reached 200,000 miles and therefore were unusable by the city of Chicago.  Nico wondered why they had to be destroyed…they were perfectly drivable, vintage vehicles. An idea was born! He bought those taxis one by one, all 40 of them, fixed ‘em up and sold each one for a fat profit. A way of thinking emerged…

Since then, he has never been afraid of taking that leap off a cliff. And, with a running start. Whether he soars through the sky (most of the time), or lands with a bump and bruises, he always keeps going back up the hill to dive off that mountain. The spirit inside him is always seeking to create. Example? Catch one of Nico’s facebook posts: “Contemplating my NEXT Los Angeles project… So, should I convert a top secret SILO?” Ummm… yeah, think that says it all. 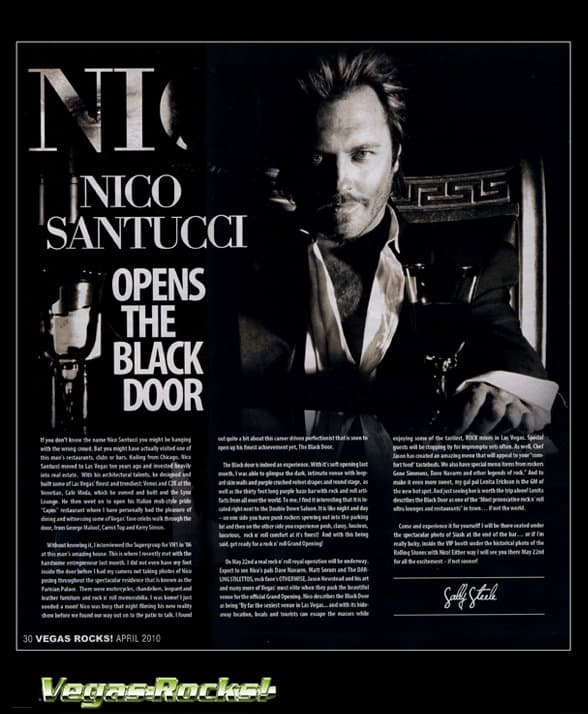 This strong spirit has not only made magic happen throughout Las Vegas and Los Angeles real estate, but he has ventured into many nightclubs, and restaurants.  His Capo’s restaurant is a landmark in Las Vegas: a real “Speakeasy”, featuring a hidden door, password protected entry (tip: the secret word is currently “Shenanigans”)… a nearly completely dark, sexy interior, with red leather booths, outrageously good smells & rave reviews from customers posted across social media. 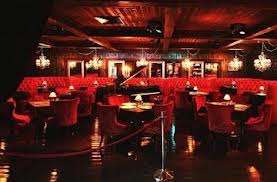 Not content with just serving mobster-named meals, (Capone’s Cabonara or Scarface Shrimp Scampi, anyone?), he struck a one of a kind deal to buy the secret recipes of the famous mobster Al Capone’s family. The fascinating details: the Capone Family Secret recipes have been under wraps for nearly 80 years. They were recovered in undisclosed locations following federal raids on Al Capone’s warehouses. Nico saw potential once again, in something nobody had bothered looking at for decades!  He decided the savory marinara recipe was possibly the best he’d ever sampled, and straightaway adjusted his Capo’s  menu to include the “Traditional Red Sauce” and “Spicy Rustico”.  Luckily for us, if we can’t get ourselves to Vegas to snarf a plateful of spaghetti & home-made meatballs with this famous sauce, an alternative is available for all of us to be able to taste this legendary sauce here. 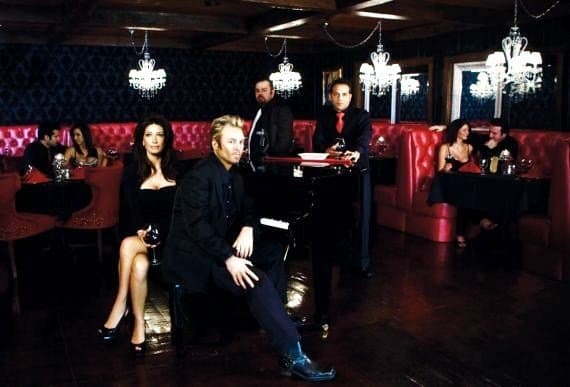 I’ll soon be interviewing Nico for our radio show, which is a one on one chat with entrepreneurs, where they share their inspiring story of how they found and followed their passion. We met because of social media, I was searching for a unique and luxurious place to host our very first Champagne Sisters & Social Media Conference (follow along on twitter with the hashtag #CSSM13) and voila! Appearing onscreen like a magical oasis in the desert (no, really?!) was the Parisian Palace. Another of Nico’s projects, he bought an older style mansion, and lovingly revamped, remodeled and redesigned it to suit his taste.  He now rents it out to host fabulous events, parties, video and magazine shoots and more.  It is truly spectacular. 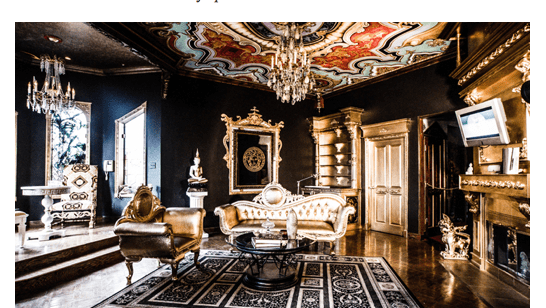 Today, we get together to share a few ideas, so simple to Nico, but so enlightening to our ears, eyes and hearts.

Here are 10 important lessons this Vegas magnate taught me, and you should learn too:

1. Answer the phone each and every day and when not possible, return messages/ calls before the end of the day, if even in the evening. Timing is critical and today’s business environment is impatient and unforgiving.

2. Be thrilled with singles, doubles and triples, as home runs will come when earned.

3. Expect the worst from situations, as it will bring optimism during negotiations. When rain is expected a partly sunny day is truly appreciated.

4. Know your business or product from the ground up.  Know your competitors product even better than your own.

5. The fact is, your staff and employees will most certainly never represent your business or ideas as well as yourself.  No person can explain a baby picture as well as mom…

6. When at all possible, use your own investment or sweat equity when building a business or product. It’s much easier to stop searching for a wallet that DOES NOT belong to you.

7. Commission employees as much as humanly possible, salaries (in start ups) bring demise faster than a bad concept.

8. Show your soft side when the opportunity arises. Your fans, followers and customers will always support you more.

9. Be certain that your early partners respect/fear you enough to see your concept or theory through fruition without fragmenting along the way.

10. SELL TO THE MASSES, NOT THE CLASSES. It’s easy to be drawn into the glamour of selling to the top, but how many Donald Trumps live on your block?

What I also learned from Nico, is to sprint toward that cliff if you believe in your idea! You just may soar, if your concept and convictions are sound.  Follow through.  Do what you say you will. Do it better than you promised. If opportunity presents itself, help another entrepreneur, no matter how big or how small they are, if you can. And, most importantly, persistence wins.

Thanks for the lessons, Nico! 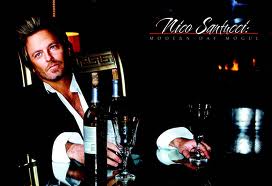 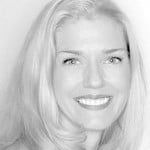 Mella‘s great love of the English language began her adventures in journalism, with a side passion for sales and marketing. She segued into advertising, and her fascination for both people and Champagne propelled her flute first into event and party planning. Many soireés, fêtes, and galas later, she’s still popping corks, clinking and chatting her way through life. She’s an original “Champagne Sister“, and producer of the Bubbly Talk Radio Network, where each Wednesday on  *Clink, Chat & Catch Up!*, she profiles inspiring and passionate entrepreneurs and shares their story of finding and following their dreams. You can find her in the twitter world anytime: @BubblyTalkRadio, @ClinkAndChat or every Sunday (noon PST) hosting #ChampagneChat. Do you Facebook? Join her there too: BubblyTalkRadio, ChampagneChat and Clink And Chat.  An avid social media lover, Mella’s always ready to “Create Custom Content to Connect You!” at Clink And Chat. Her motto: Keep your flute full and ready to *CLINK!*

Mella‘s great love of the English language began her adventures in journalism, with a side passion for sales and marketing. She segued into advertising, and her fascination for both people and Champagne propelled her flute first into event and party planning. Many soireés, fêtes, and galas later, she’s still popping corks, clinking and chatting her way through life. She was an original “Champagne Sister“, and hosted *Clink, Chat & Catch Up!*, where she profiled inspiring and passionate entrepreneurs and shared their story of finding and following their dreams.  Along with her fellow international hosts, she created over 100 Bubbly Talk Radio Network podcastss, interviewing Kathy Ireland, Richard Simmons, Rex Pickett, Heather McDonald, Charles Stiles, Simon Majumdar and more.  Mella produced “Inspired And Influence with Bri Seeley”, “The Flute Enthusiast”, “Life in the Lady C Lane”, and “Clink And Chat Real Housewives” and is proud to have been featured in “The Inspirational Woman Project”. Mella is a huge  twitter advocate and besides curating entrepreneurial stories @BubblyTalkRadio, she shares social media content @ClinkAndChat and spreads bubbly love at @ChampagneChat. For over a decade, she’s been trusted to run social media accounts including celebrities Winsor Harmon (Bold And The Beautiful), Peter Madrigal (Vanderpump Rules), Eliza Roberts (Animal House) as well as many premium brands, restaurants and individuals. She’s well known on the red carpet circuit, live tweeting celebs – most recently at Emmy award winning “The Bay” alongside publicist Jackie Lewis.