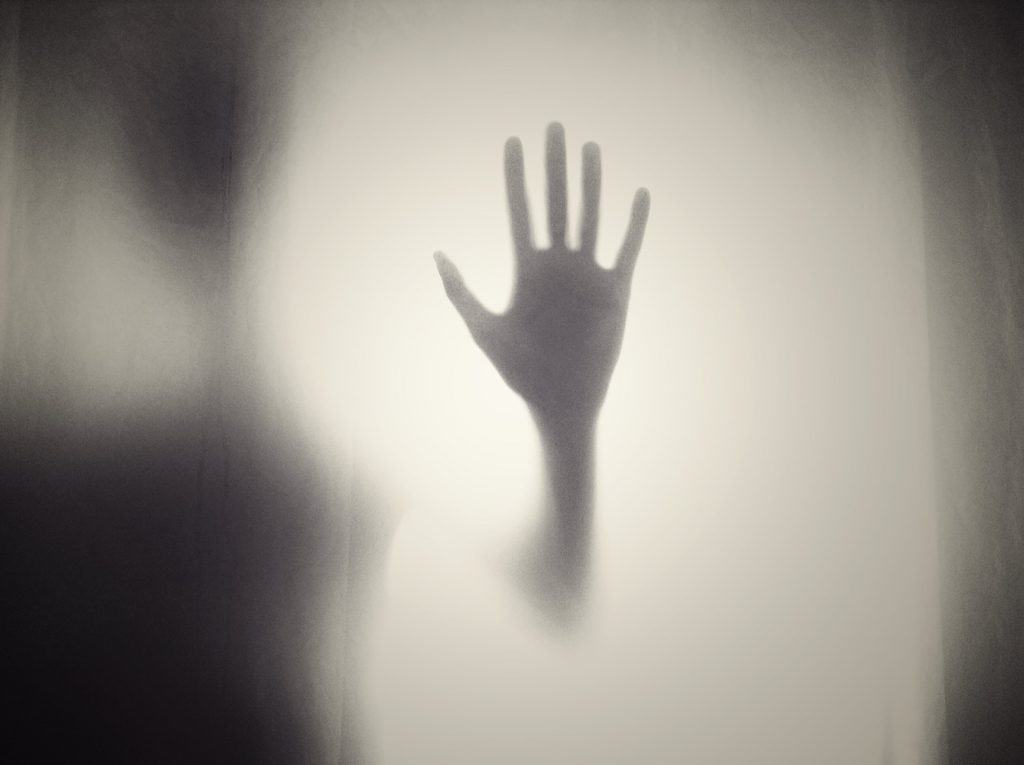 Did you hear about that entrepreneur that couldn’t get past her fear? Ya, neither did I. Because she no longer exists. Fear had her pinned in a chokehold up against the wall and she didn’t fight back. Her dreams died. Her plans fizzled. The energy drained out of her big ideas and she slunk back to the 9-5 utterly defeated and shaken. She left fear behind and wrapped herself in the cocoon of someone else’s corporation, someone else’s dreams, risks, and decision-making.

Being an entrepreneur entails pushing our relationship with ourselves to the very limits and back. Owning your own business will strain you and stretch you and kick up every fear you’ve ever imagined, and many you haven’t.

Will it float or will it flop?

If I was the sweet, soft, squishy type I’d stroke your head and say “Shhh, shhh, shhh, there there now. Fear is a liar.”. Fortunately I’m not the sweet, soft, squishy type. I’m a realist who’s here to help entrepreneurs grow and push through their limits. Sure, sometimes fear is a liar. Sometimes the thing we stress and struggle over never comes to pass and we’ve wasted a whack load of sleep, energy, and time over nothing.

But sometimes fear IS NOT a liar. Sometimes the things we fear DO come to pass. When we give in to our fear we drop the ideas or drop the ball. Fear can freeze us and convince us that taking that risk is a bad idea. IF we listen to it.

I’ve been circulating in the world of high achievers for close to two decades now, learning what makes them tick and fires them up. I have yet to hear from a successful business owner:

“Every single thing I tried was a massive success. Failure? I can’t think of any.”

One of my favourite topics to discuss with entrepreneurs is the efforts that didn’t work. The bombs. The Bad Ideas. The poorly executed pitches. The flops. The really funny part is that usually they begin their response with a laugh or smile as they go on to recall and recount their tale. But these aren’t tales of woe. These are tales of learning. They didn’t let the failures break them. They learn from it and carry on.

As an adult, after not skating for a decade, I decided to take skating lessons. We were all a bit wobbly on the ice those first few minutes, sticking to the safe strokes and easy glides. On that very first day the instructors did something brilliant: they made us fall. Intentionally. Over and over again. They also taught us how to get back up safely without our feet flying out from under us. This allowed us to try bigger and bolder moves: skating faster, skating backwards, cross overs, crosscuts, turns, and stops. Was I scared? Hell ya. Did I do it anyway? Absolutely.

Now every winter I make the trip to the Rideau Canal in Ottawa, skating for miles on the world’s longest outdoor skating rink with confidence and delight. It was about more than skating. It was about wanting to do something well. Learning something new (or relearning it). Facing the fear. Putting in the hours, risking embarrassment and judgment, and ploughing on ahead. As entrepreneurs, stubbornness is an asset that will offset fear. Learning to fall, on the ice and in business, is absolutely necessary if we want to be successful.

Feel the fear and do it anyway.

Will there be judgment and rejection from some people? Most certainly. Will you survive? Most definitely. You won’t appeal to everyone and that’s just fine. Will some endeavors sink like a stone? Yup. Will you be alright? Sure. Just because some ventures fail, it doesn’t mean YOU are a failure. Don’t catastrophize the losses – learn from them. Sift through the ashes and rubble to figure out what you could have done differently, done better. Pick yourself up, dust yourself off, and get back out there. Remember why you started. 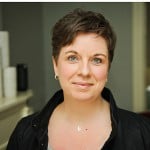 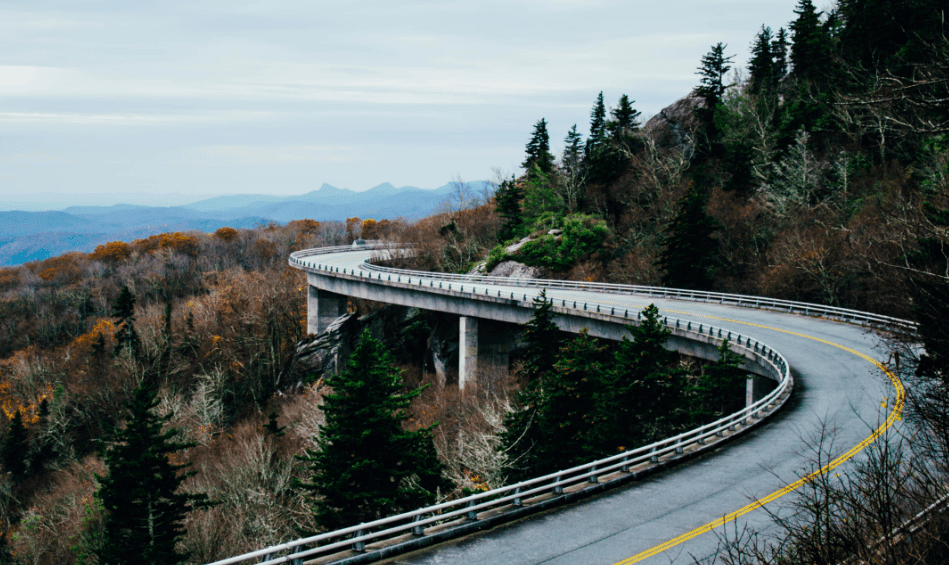 Wouldn’t it be great if the entrepreneurial world was nothing but feel good vibes, endless encouragement, and above board behavior? It does exist. In abundance. But I’m no Little Miss Sunshine, and I recognize that there’s also a dark little underbelly to the entrepreneurial world. There can be jealousy and malevolence; it can be populated with copycats and slimy snakes.

Some of these unseemly characters may even poke their nose into your social media feeds or attempt to undermine your success with sneaky verbal jabs. They may ambush you with a not so nuanced roundhouse kick to your confidence that leaves you gasping for breath. You feel yourself fume with anger, then sting with hurt, followed by a tailspin into questioning your competence. You can ride that emotional roller coaster unlimited times.

You worry about your credibility and don’t want to let this rotter get away with such atrocious behavior. How DARE they?!! Who do they think they are? Here’s the catch:

The minute you feel yourself on that emotional rollercoaster they’ve got you.

Their tactic worked. Regardless of your outward actions, as soon as you’re distracted from the work at hand, you’ve become ensnared in the drama. So how exactly do you steer clear and remain on the high road?

The first step to becoming self-aware is being able to reflect on our state. Tune in physiologically to what’s going on. Sensations like a knot in the stomach, heaviness in the chest, or a clenched jaw are cues that something is ‘off’. Tune in to the mental chatter, notice when you’re distracted from your goal and slipping into the ‘how dare they?!’ mode.

Begin to notice what types of comments or criticisms throw you off your game. Some may hook you, while others you can let slide. The eternal wisdom of G.I. Joe reminds us that knowing is half the battle. Are you taking it personally? Are you getting your knickers in a twist over something legitimate or something preposterous? The quicker you can discern between the two, the quicker you can refocus.

The Beauty of Thick Skin

At the outset of a new business, it is so small that it doesn’t garner much consideration. As your success grows, more people notice you. Being on more radars brings with it the potential for more attention – positive and negative. Haters will hate. People who are jealous of your success may attempt to cut you down to size. Take it as a positive sign that you are now a big enough fish to draw some scrutiny. Responding to every jab, blab, and knock down could become a full-time endeavor. Allowing yourself to become wrapped up in drama or back and forth banter distracts from your task at hand: growing a successful business.

A thick skin is not only a bonus; it’s a requirement if you’re putting yourself out there in any type of public way. Some people appear to be naturally impermeable to criticism. If that’s not you, think of it as a skill to develop. Clients will judge you based on your product, attention to detail, and level of service. Engaging in any type of public sparring match with critics appears unprofessional and hurts your credibility. Conversely, continuing to deliver impeccable service and phenomenal products will draw in the right clients.

The High Road is the Track to Success

The most successful and influential leaders have all had their critics and distractors. Zuckerberg, Sandberg, Branson, and Huffington have all been derided. Yet by and large, they stay the course, take the high road, and remain focused on their goals.

Becoming embroiled in drama can be a great procrastination ploy. It’s juicy, it’s energizing, it’s exciting. It also does nothing to grow your success unless your surname is Trump or Kardashian. Digging in to drama can delay decision-making and Getting On with It. If that’s your goal, fill your boots – but do it with eyes wide open. The more time you spend being defensive, the less time you’re dedicating to growth, both personal and professional.

Skip the drama and get back on track. Take the high road – it’s the only one that will lead you to great achievements.