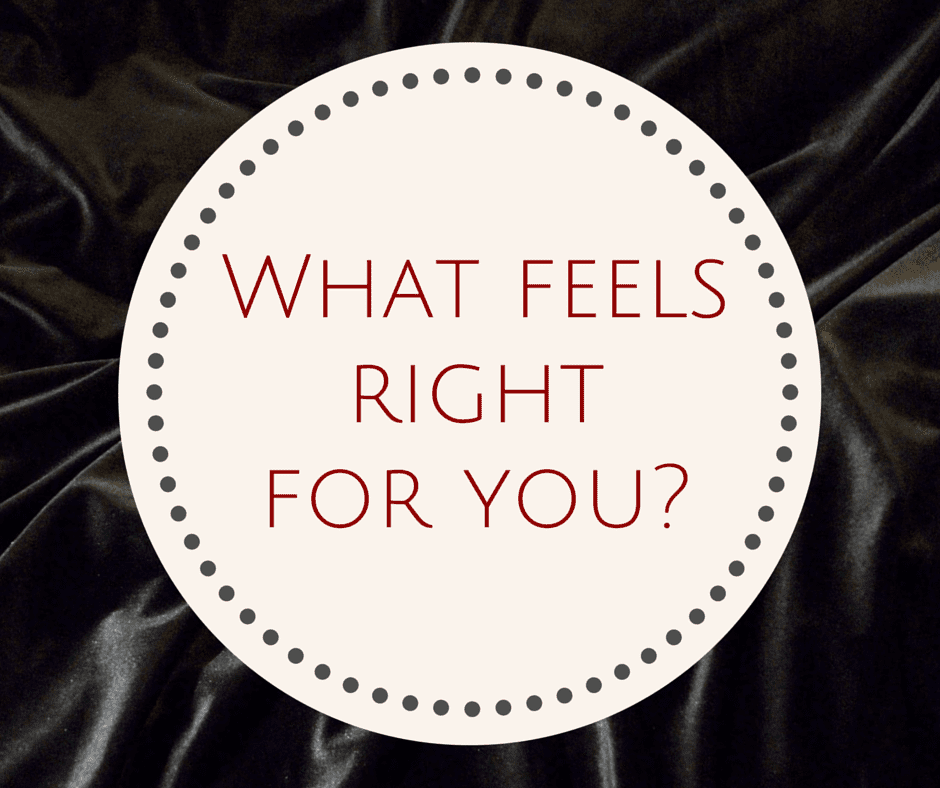 As a professional organizer, I see a LOT of great organizing information. Between friends, family and clients who share their experiences through social media, people who send articles to me, and my own research, there’s a MASSIVE amount of organizing that passes through my brain.

There also seems to be just as much dissention.

It never ceases to amaze me how when someone shares that they’re letting go of what they don’t need, creating space, and feeling FABULOUS about it, someone else is going to have some nasty rebuttal.

If I were a younger woman, this is where I’d say “Haters gonna hate.”

The truth is, when you get these angry dissenting opinions, most often it’s because of that person’s fear of change and letting go. Please don’t let that derail you, darling.

Just because someone does something one way doesn’t mean we all have to – ESPECIALLY when we’re talking home. Guess what, Sunshines? There is no one way that you HAVE to do everything or even anything.

Even if I’m the one telling you what to do.

Years ago, I interned for a fantastic therapist. I’m reminded of a story that she often told:

A daughter grows up watching her mother make pork roast. The mother would season and prepare the roast. Just before placing the prepped roast in the pan, she would cut the roast in half. Then the two halves would be placed into the pan then into the oven to cook. When the daughter grew up this is the way she also prepared her pork roast.

One day the daughter invites her mother over for dinner and makes this pork roast. When the mother sees the roast, she asks her daughter why it was cut in half.

The daughter replies, “Because that’s how you’ve always done it.”

The mother laughs and says, “I did that because the roast was too big to fit into my pan. You have a larger pan. You don’t have to cut it in half!”

We’re all individual. Our background experiences that shape our lives, views and emotional attachments are different. The structure and storage of our homes are individual and different. Our clutter thresholds and organizational needs are different.

When you’re letting go of clutter and organizing your home, think of what feels good and natural to you. If there are items that are theoretically sentimental but you don’t feel attached, let them go no matter what anyone else says. (For example, I loved college and kept my college yearbooks but hated high school so tossed those yearbooks. I don’t miss them either.) If others say you’re crazy or that you shouldn’t do it then tell them that you like your brand of crazy and they’re not the ones living in your house. If you read an article about how to organize something and it doesn’t feel right to you, don’t do it. (And yes, that includes my advice too. I’m not everyone’s cup of tea but I am some people’s glass of bubbly.) If you try a system and it doesn’t work, change it – even if that system was suggested by an expert.

At the end of the day, it’s about having a home that makes YOU feel good. The items inside are things that serve your needs and bring you joy. The systems flow the way you need them to so you feel at ease. Who cares if it does or doesn’t work for someone else.

If you don’t have to cut your pork roast in half, don’t. 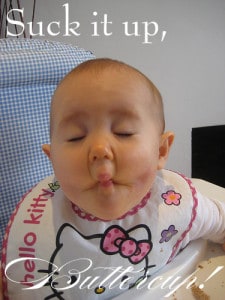 Procrastination feels good, right? It must or we wouldn’t do it.

Sunshines, cut that crap out. Stop delaying the inevitable. One of the worst things you can do in facing your clutter is to not actually face it. There’s a phrase my clients hear a LOT when they don’t want to do something. So often in fact that I can just give them “the look” and they’ll say it for me:

“Suck it up, Buttercup.”

Rip off the band-aid, hun. Blast some music, pour a cocktail, hire help be it professional organizer or even a shrink. Do whatever it is you need to do to face the mess because here’s the situation:

Not to be all doom, gloom and destruction but it’s just a fact. When we don’t face the problem, it doesn’t go away. Magic elves will not appear in the night and fix it for you. (Though let me know if they do…I want to hire them!)

You know what will happen?

The problems will compound and grow exponentially. Overall, the longer you put things off, the longer and more hassle it will take to fix.

Am I taking this to a worst case scenario? Sure. (Though I’m still keeping it on the mild end of bad.) However if you never face the clutter, these are things that are possible and highly probable. I can’t tell you how many once, truly monetarily valuable items have been ruined due to neglect and clutter. And not all of the homes were really that bad on the major scale! It may have been from years of non-use, broken under the weight of piles or because they were accidentally stepped on while trying to dig out, but simply facing and caring for the situation would have prevented all of that.

Bottom line, if you don’t do it, it won’t get done. But guess what? If you do it, then it’s done!

So stop delaying the inevitable!

What would happen if there were an accident? A fire? A burglary? Sure, the clutter would be gone, but not on your own terms.

Own your hot mess!!! Then take control over it!

How do we do that?

Please stop lying about doing it “later.” Later doesn’t exist. Instead, take small steps. Small steps made daily will give you big gains over time. Celebrate all of those small wins. Remember, productivity rocks! So suck it up, Buttercup! Stop delaying, rip off the band-aid and take control over your clutter! 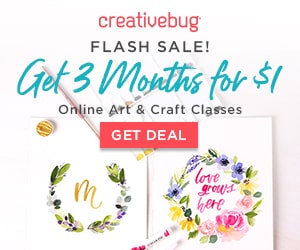