Shards of fine crystal surrounded my feet. A few minutes ago these shards of glass were my favorite plate. I was unloading the dishwasher in a rote way, not really paying attention. I was thinking about what to write about that day and whether my dog had enough water in her bowl. In that moment of distraction my favorite plate slipped from my hand, waking me with the sound of splintering glass. 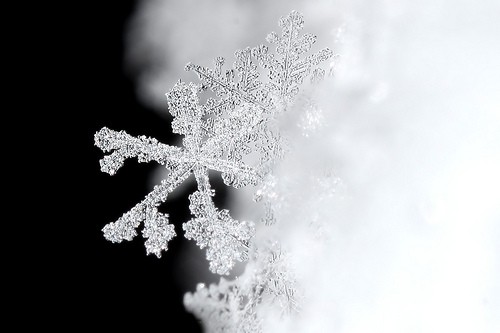 As I stared at the spot where it fell, breaking into beautiful but deadly shards of crystal, I wished I had a time machine to go back to that moment of distraction. If I could, I would cradle that irreplaceable plate securely in my arms. Your online reputation is like my beautiful plate: a fragile workhorse that can be shattered by one careless slip.  All it takes is 140 characters.

There’s an immediacy to online social networks that’s beguiling, luring us in with the ability to connect with millions in an instant. This immediacy also makes it delicate—where you can find yourself atop a precarious precipice.

The Immediacy of Social Networks

It’s true that your reputation, and your brand, is a collection of your consistent actions and yet…it can be completely turned aside because of an errant tweet or misconstrued blog post. This is not alarmist or science fiction, it’s the reality in our current world where everyone is a publicist who has the potential to reach millions. Recent stories about careers taken down by an errant tweet abound. To wit: Justine Sacco who made an ill-advised tweet and then hopped onto an international flight (without wifi) only to discover upon landing that she was trending on Twitter and people were waiting for her at the airport to out her. She was summarily dismissed from her job. While we can debate about internet mob justice the fact is, real, permanent damage was done to her reputation and career and she’s not the only one.  There are plenty of other stories such as Pax Dickinson who lost his job as the CTO of Business Insider over tweets about women in technology and an offensive Mel Gibson quote. While he claims his tweets were taken out of context, on the internet you can never control the context your words are interpreted with.

How to Handle the Socially Connected Internet

In this digital era, it’s often challenging to understand whether something is a true extreme or controversial opinion or whether it’s just intended as a parody.  And whether you meant to be witty or ironic doesn’t matter a wit. In a digitally connected world of instantaneous communication how others perceive what you said often matters most.  While there were contributing factors, it could be said that Poe’s Law played a conspicuous role in the downfall of both Justine and Pax.  While Justine apologized for her mistake, Pax maintained that some of his worst tweets were simply taken out of context. Even if you don’t go to these extremes an ill-advised status update or post might be providing ammunition for your frenemy to take you down. While both examples come from the corporate world, it’s just as easy and perhaps even more ruinous for an entrepreneur or business owner.

Perhaps you’ve had a close call; tweeted something that maybe you really shouldn’t have but got lucky that it didn’t get RT’ed. Before you think you’re out of the woods consider this: for every person who comments on your tweet, LinkedIn update or blog post there are 5 more who are lurking…and forming an opinion.

The moral of this little tale? Your online reputation is just like my plate: irreplaceable and easily shattered.