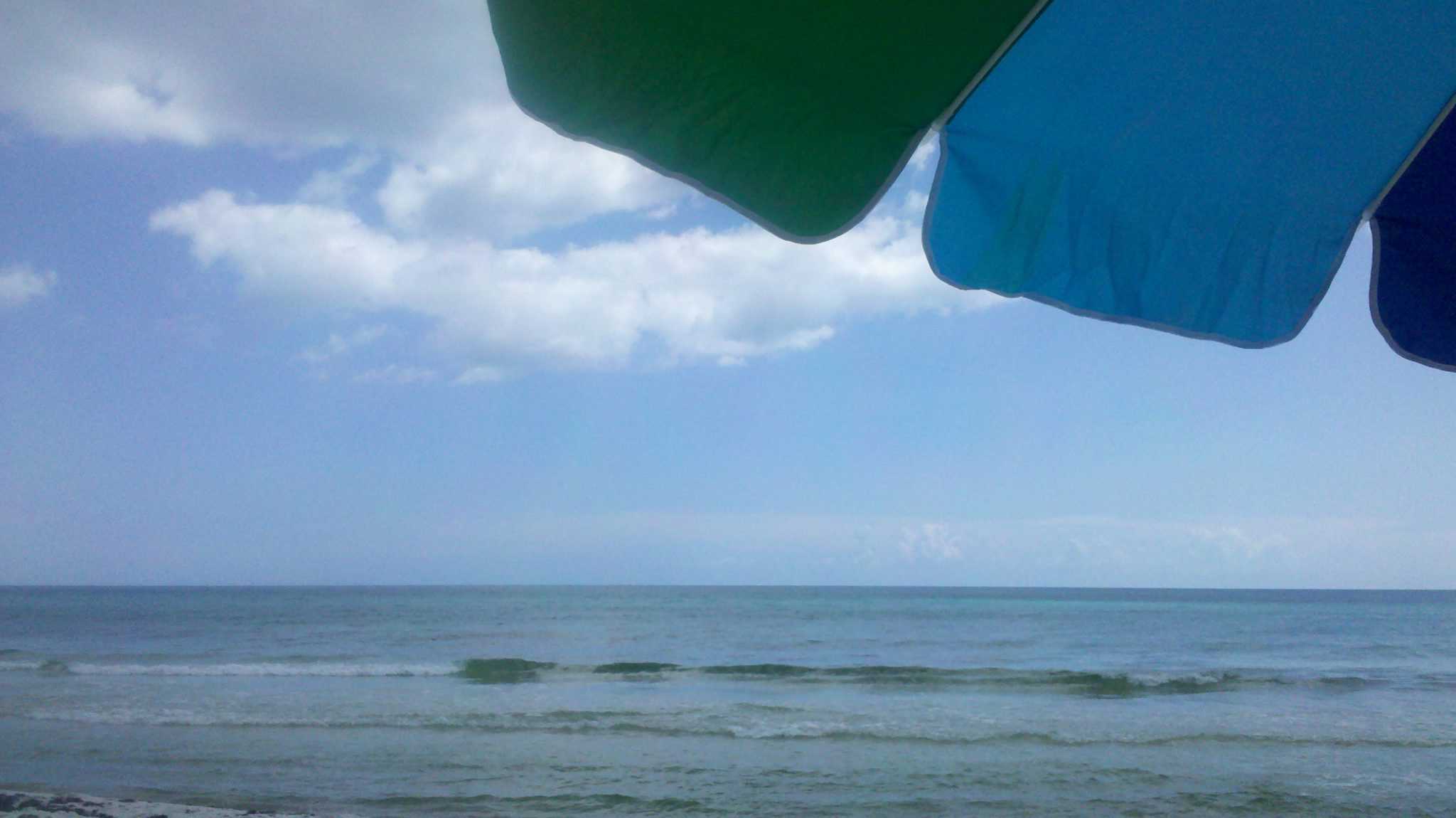 Who’s in the wrong here? Hard to tell. 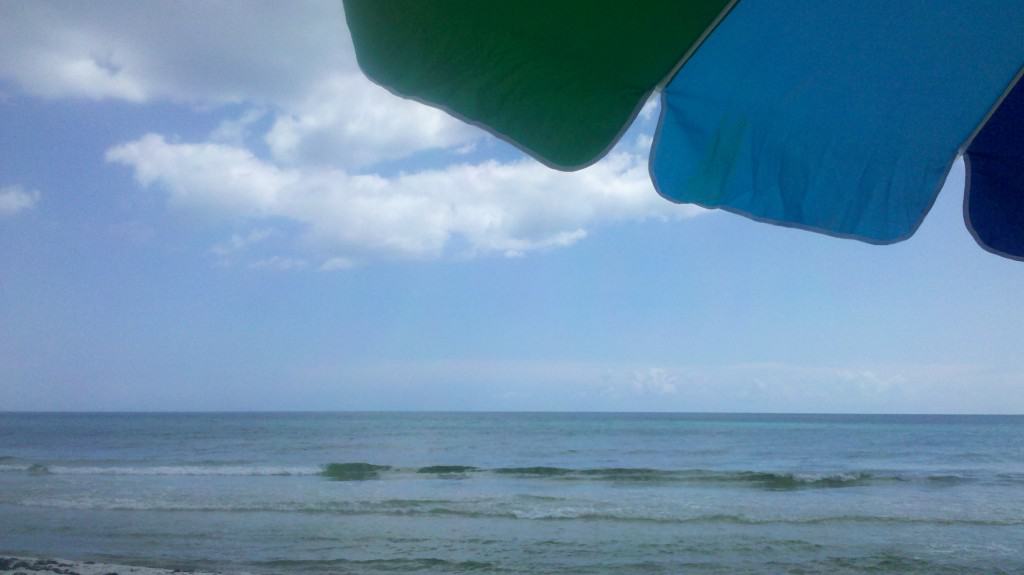 Two wrongs don’t make a right OR is it an eye for an eye? Oh the choices we have to make on a daily basis! Have I mentioned that I’m not perfect? Maybe you’ve caught one of my tweets proudly proclaiming me to be a “Work in Progress” or WIP? No matter, let me just drive the point home and get something off my chest in one post.

I just got back from a quick trip to the beach. I love the ocean. Cool breezes and the sound of the waves. Watching the sunset. So peaceful and then… Well, let’s start at the beginning. One beautiful Sunday morning we toted our chairs, umbrella and cooler down to the beach, surveyed the site options and opted for a nice spot that nobody wanted because of a four foot sand wall you had to jump off of to get to the water. Being the industrious tourists that we are, we built steps in the sand directly in front of our chairs. They were beauties and fully functional. Quick and convenient beach access! We were happy.

“Because of their size, parents may be difficult to discipline properly.”  ~P.J. O’Rourke

As we soaked up the sun, we watched almost every child that passed by, stop, point and inevitably try the steps out. One very enthusiastic little girl climbed them no less than twenty times. Climb. Jump down. Climb. Jump down.  Several passers by stopped to tell us how awesome our steps were. It was very entertaining. It was a good day. Then it happened. We were in the water enjoying the waves when I looked back to see two adults and two children standing on the beach at our steps. No worries. Then, as I watched a little longer I noticed the little boy stomping up the steps (sand steps mind you – can you say collapse?) and then jumping around the the sand wall directly in front of our chairs. What? Seriously? So I waded out of the water, smiled at the mom and climbed the steps. As I did, I said casually “we built these this morning so we could get up and down to the beach without having to walk so far” and proceeded to my chair to grab a drink. The kids, undaunted by my arrival and undisciplined by their parents, continued to run, stomp, and jump in front of me. Clearly, this family was in the wrong BUT here’s where it starts to get fuzzy.

“Behaviors are a choice. Feelings are sometimes out of our control. Behavior has to do with choices.” ~Randall Terry

I am genetically prone to “getting my feathers ruffled” and without naming names, let’s just say there are several very close family members who are subject to road rage, holding a grudge, judging your motives and confrontation. I can’t stand this behavior and fight it every step of the way. I work very hard to keep my ego and temper in check but sometimes…

“The child supplies the power but the parents have to do the steering.” ~Benjamin Spock

So what grown up way did I handle the situation? I got up from my chair and sat down on the sand steps. Mom looked. Dad looked. Nothing was said. And so the kids continued bulldozing around me. Yes, this was a little irritating.

Then I had a light bulb moment.  My friend had a pack of cigarettes in the beach bag. I stood up, grabbed the cigarettes, fired one up and plopped back down on the sand steps. As the little girl circled back around to push past me, I smiled and said, “watch out sweetie, I don’t want you to get burned” – this got a reaction from the alleged mom. “Oh my God” she said. She then grabbed her daughter’s arm and yelled at her son to get down and follow her. She looked at me and said some things about it being a beautiful beach and that I was just being ugly. I thanked her and relaxed on my steps watching the waves roll in. Mission accomplished.

“Every time you get angry, you poison your own system.” Alfred A. Montapert

It only took a few minutes before the entire episode sunk in. What did I just do? I wanted to make a point. I wanted them to see that they were wrong. What I had done was given this woman what she needed to act like I was the one in the wrong. Much like the moment when someone cuts you off in traffic then proceeds to flip you off like you did something wrong. As I watched her herd the children down the beach to a spot not too far away, I felt horrible. Not because I felt I was in the wrong, but because I knew I handled it wrong. And as I watched her gather with a crowd of fellow beach goers, I knew she was telling her tale and letting them know about that mean, hateful women who tried to burn her babies with a cigarette. Oy! I went from feeling triumphant to total deflation in 0.2 seconds.

“Experience is the name every one gives to their mistakes.” ~Oscar Wilde

So I said a little prayer, asked God to forgive me, and considered it a lesson learned. What did I learn? You may be right. You may be justified. You may have been wronged BUT it’s how you react that makes ALL the difference in the world. A hasty reaction on your part can tip the scales. Think before you act.

Melissa Stewart is a serial entrepreneur who has had a “home office” since age 5. She is passionate about entrepreneurship, addicted to coffee and eternally optimistic. Her latest project https://sheownsit.com// is a site committed to empowering women entrepreneurs by offering resources, support and inspiration. @melissaonline