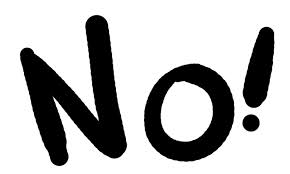 A few years ago, I was a successful consultant wishing for more.  I knew that consulting wasn’t where I wanted to be in terms of my greater career aspirations, but I wasn’t sure what was.

And I definitely did NOT want to be beholden to utilization rates or annual reviews (Nothing kills your soul faster than trying to figure out how to suck out more billable hours on a project so you don’t get laid off, amiright?).

And then it hit me awhile after I read Steve Jobs’s famous speech at Stanford and actually connected the dots from my past and saw some of the themes: I should be a coach! I should do what I already love, but do it for money instead of for ice cream and hugs.

So, I did what I thought was smart and talked to coach/consultants in my firm who had already gotten their certification, and the first thing that one of them said to me was: “If you are thinking of getting your coaching certification and starting your own business, you should think again. The DC market is saturated with coaches and you will never make it.”

I was flabbergasted.  How could someone who had taken coach training have such a big limiting belief?

It raised a lot of fears and doubts in my mind.  I would be in a business on my own.  I would be in a start up by myself.  Sure, I would be doing what I loved and helping women stand out and have fun in their careers, but what if I became just another coach with no clients?  What if I couldn’t figure out how to leverage my time and scale my business? How would I even figure out the technology to people felt connected to me?

I was worried, afraid and feeling lost.  I had had a vision during coach training (me, the beach, a successful practice, some awesome cocktails) that felt real, but the reality of no paycheck and someone I trusted telling me I couldn’t do it felt far more like the truth.

And then I slapped myself awake.  If I believed someone else then I was living their life.  I was beholden to their problems and perspectives, and I wasn’t living for myself.

I wasn’t going to let someone else tell me no without a fight.

So I quit and took the crazy leap.  When I left consulting and started coaching I had no paying clients.  I had no concrete assets (except for my charming smile and vast collection of heels) and I had no real plan for success.  My road ahead was completely unclear, and I had no idea what was next.  I made a ton of mistakes *cough* lessons-learned.  And I periodically woke up in a panic.  But I decided that life is meant to be lived, and I’ve got to do that every day.

And it worked.  I got clients, I got paid, and I got a plan.

I’m still very much on the journey, but it’s the road that I chose because someone told me it wasn’t possible and I believed that it was and…I’m still here! So if you have ever felt lost or stuck or like you want to take a leap and people tell you no, I invite you to view it as a good thing. It is a chance to stand up for your life and your voice.

Don’t let someone else’s failed dream hold you back and keep you stuck in your suit!  You CAN do this.  And if you already are…then bravo! 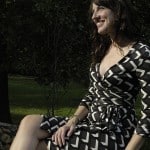 Christie is the Radical Fairy Godmother to the Woman Trapped in Her Suit and she helps make you a rockstar and get you unstuck and out of your career rut.  Let her wave some fairy dust on you! You can find her being non-politically correct over @revolutionsclub, and being informative on facebook.

3 Replies to “Why It’s Good When People Tell You “No,” “Hell No,” and “You Can’t Do That” by @RevolutionsClub”