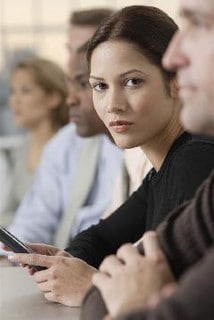 Anatomy of the Modern Workplace Bully by @NTS1964

If you’re a parent, you’ve probably had a talk with your children about bullying and how to prevent being a target for bullies. What you may not realize is that you could be a target of a workplace bully. Bullies look to manipulate, threaten or intimidate their subordinates or coworkers through verbal abuse or via social media where they post embarrassing and humiliating statements, photos or videos of their victims.

It is a behavior that isn’t reserved for the schoolyard or with teenagers. Bullying has become a major problem throughout many people’s workplace lives. The primary reason bullying occurs so frequently in the workplace is that bullying is difficult to end through human resources. Bullying is four times more common than either sexual harassment or racial discrimination on the job.

According to a study released in February by the Workplace Bullying Institute (WBI), 27 percent of Americans said they had been bullied at work and 38 percent said they did not do anything to help their coworkers who were bullied.

Unfortunately, this type of behavior is becoming more prevalant in our society. Daily life stresses and job competition put employees in a ‘social pressure cooker’ that brews the bully mentality. The fear of being passed up for promotions, co-worker and inter-office ridicule and losing employment are breeding grounds for people being mistreated.

Workplace bullying is emotionally draining to the victim and sometimes, co-workers witnessing these acts. Many might feel intimidated, even if the bullying is not directed towards them. Some co-workers may feel as their hands are tied and don’t speak up for fear of retaliation.

If not dealt with by victims or the company’s human resources department, bullying can lead to tragic results. The mother of a 39-year-old art teacher who committed suicide, sued the Bassett Unified School District in La Puenta, CA. Linda Lenihan-Jaramillo claimed in her wrongful death lawsuit that her daughter, Jennifer Lenihan, was humiliated and abused by Bassett High School administrators.

In another case, a former employee of a Houston car dealership sued his former employer. Bradley Jones said in his complaint that his coworkers would sneak up behind him and use a stun gun on him. The act would be videotaped and uploaded on YouTube, the lawsuit said. Jones said his supervisor, Sam Harless, would often do the videotaping. Harless is named has a defendant in the lawsuit along with his wife, Republican State Rep. Patricia Harless, a co-owner of the dealership.

The “Healthy Workplace Bill”, pending before New York State Legislature, could help give targets of workplace bullying in the state the legal stance needed to get help. Unfortunately, general hostility and workplace harassment not connected to race, age, sexual or religion is not yet illegal.

Just as teenagers are told to stand against bullying, employees are encouraged to do the same in their workplace. If you are victim of workplace bullying, there are several steps you can take to end the harassment:

1. Admit that you are being bullied. Employees who are told that bullying is not a “real problem” do not have their concerns validated. Acknowledging that you are a target is the first step in taking action to resolve the problem.

2. Document the abuse. Keep a journal at home, not at work, and document the type of abuse you received and name the bullies.

3. Report the bullying to your supervisor or human resources department. Part of standing up to bullies means exposing them and their actions.

Don’t be surprised if your supervisor or the bully retaliates against you. If there is retaliation and the harassment continues after taking these steps, you may want to consult with an experienced attorney. Often times they have “devoted their practice to assisting innocent victims who have suffered as a result of the negligence of others.” A lawyer can advise you to file a lawsuit against your employer for creating a hostile work environment and once becoming aware of the problem, did nothing to rectify the situation.

After you protect yourself legally, the next step is to possibly seek out the help of a professional therapist or life coach. Facing your feelings of disparity, fear and anxiety after being bullied in the workplace can help you move past the aggressive acts of victimization. A therapist can allow you to express your sentiments on being bullied and help you communicate your thoughts and concerns. Guidance through this traumatic experience will enable you to move on and have a productive life, in and outside the workplace.

Individuals and organizations such as WBI are taking steps to make workers aware of bullying and what to do to help bullying victims. Workplace bullying is real and companies and employees must acknowledge that the problem exists and take action against it. 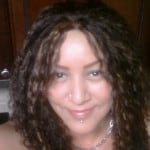 Nadine Swayne is a writer and business owner who shares that bullying is not acceptable in any atmosphere, including the workplace. Unfortunately, many people are subject to this bad behavior from their co-workers. She shares this knowledge and encouragement to others who may be faced with bullies. There are solutions to such problems.