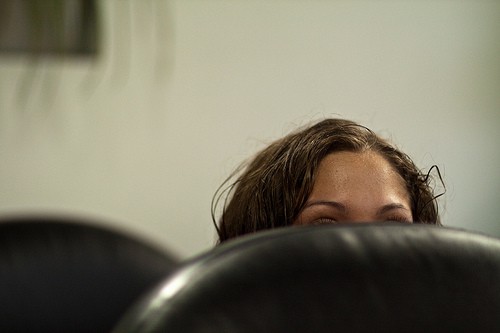 Afraid to Communicate? by @bedeliciousnow

In my private practice I hear over and over, “I just can’t say what I want to say”. Why I ask? I get a myriad of reasons but the bottom line, is fear of what people will think, say, do. That’s where the skill of effective communication comes in handy, in fact, it doesn’t come in handy, it’s crucial. Today, we we live in a world where people have gotten so terrified of losing their jobs, offending someone, being taken out of context and losing their jobs that we have swung the pendulum completely to the other side and instead just say nothing. However, what is interesting is that we still reflect our truth through our non-verbals. We are upset, we don’t say anything, but we storm through the office and slam the door. “Maybe they’ll get it” we think. Bottom line, they won’t.

What are we afraid of? What other people think. Well, here’s the thing, we have no control over what others think, period. So, if we choose to express ourselves diplomatically and not based on emotions but rather on wants and needs, then we stand a better chance of reaching a middle ground. The truth is, everyone is out to get what they want, that is one of the reasons why effective communication is essential. We have to learn to give and take and not worry about what others are going to think, say or do. As long as we project our needs, wants and desires in a calm and well thought out state, we are okay. It’s when we jump on things when we are upset that we run the risk of making others say and do things that we fear.

One of the best answers I ever received when I asked the question, “what do they think of me” was, “they don’t”. What I mean by this is that half the time, what we think people are thinking, well, they aren’t, they are busy thinking about themselves. So, if that’s the fear, let it go. Figure out what you want, how to say it and say it. Truth is, you deserve to get what you want also. Now, granted, some things you just should not say, but when it comes to stating your truth, you need to say it, diplomatically and with confidence.

The next step is what most people neglect to do, and that is put the communication victories they experience in what I call, “the victory box”. It’s a mental, imaginary box where your victories reside, where you communicated effectively and it was not a disastrous outcome (like you thought it was going to be). When your nervous to communicate your thoughts, ideas, desires, you need to draw on, remember the victories in the victory box, they will give you the confidence to move forward and ask for what you want.

In the beginning, you might be nervous, take baby steps, don’t take on the meanest, toughest person in the office, start with the safe people, saying what you want, need, ideas you have. When they are well received, celebrate them, put them in the victory box and then little by little take on greater communication challenges. In a short amount of time, you’ll be communicating effectively your wants, needs, ideas and beyond. 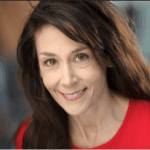 Tracy is an international force for good. She is one of the most inspiring, motivating keynote speakers available anywhere on the planet. Her presentations in voice and speaking, non-verbal communication and presentation skills have touched the hearts and changed the lives of people in over 30 countries. Everyone in the world who hears her speak loves her!