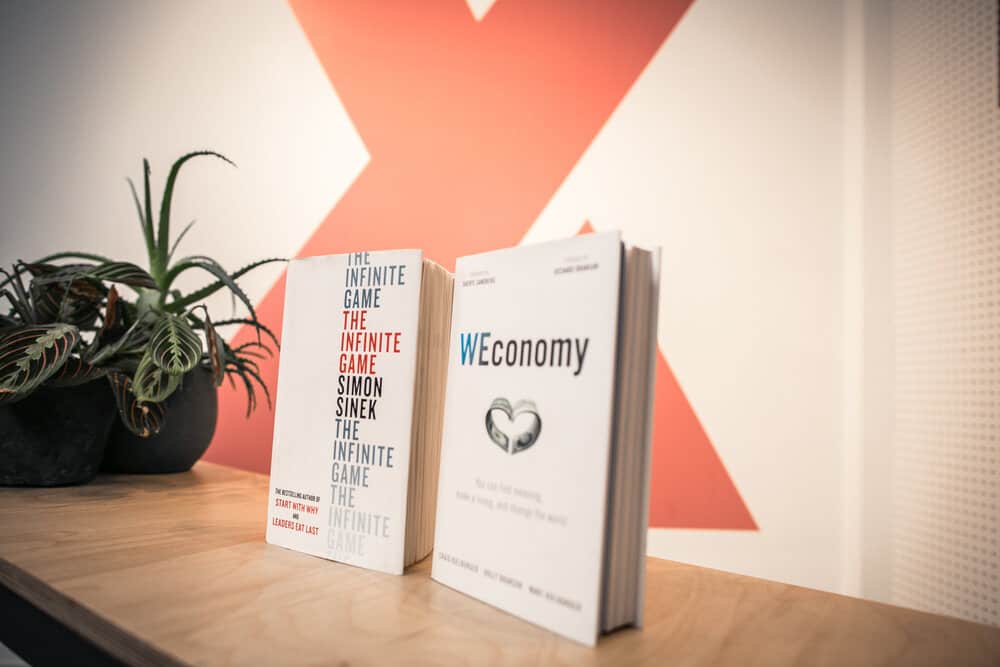 Competition vs collaboration: survival of the fairest? by @NiaFaraway


The Long-term health of free enterprise capitalism will depend on delivering profit with purpose. Companies will come to understand that this combination serves their self-interest, as well as their customers and employees… At times, as the historian and politician Thomas Babington Macaulay wisely noted, it is necessary to reform in order to persevere. Today, the world has reached that moment. It is time for a reset’ – Lionel Barber of the Financial Times

They say that nature can be as cruel as it is kind. In a ‘dog-eat-dog world’, where survival of the fittest mentality prevails, outdoing the competition at all costs can often mean that those willing to morally bend the rules have come out on top. The result is a zero-sum game in which we have all lost, with people and planet affected by a system that can no longer sustain itself.

It’s no exaggeration to say that a pressing challenge facing our species if we are to survive the threat of climate change and mass extinction, is to evolve beyond our most basic survival instincts, and to develop a wider empathy and altruism that has the power to create change from the roots up.

Competition can be healthy, but science shows it’s co-operation, not struggle for survival that allows a species to truly flourish. Darwin understood that evolution is the story of how different species developed increasingly better methods of collaborating. However it is a perspective that has become slightly lost amongst the cut-throat ethos of a competitive market place, corrupt political landscape, and a culture that worships individual success.

If humans are the most advanced species, it’s because we have the most advanced means of collaborating. We have been able to blunt nature’s fangs by increasingly trying to care for the most vulnerable, the sick, the elderly and impoverished. Although it may not always seem like it according to the news, 2019 was the best decade in human history. Extreme poverty has fallen below 10% of the world’s population for the first time, global inequality has been plunging and child mortality has also fallen to record low levels.

There’s no denying that technological advancement has vastly improved our overall standards of living, but somewhere along the way, we have forgotten, and become increasingly disconnected from our roots. Hippie-talk aside, the fact is that we do not exist in isolation as a species, biologically sharing a symbiotic relationship with the wider world, from the bacteria that inhabit our gut, to the constant air exchange with the foliage around us.

Symbiotic relationships take 3 main forms: Mutualism where both parties benefit, Commensalism where only one species benefits while the other is neither helped nor harmed, and Parasitism where one organism gains while the host is suffers.

Humans are arguably at a stage where our symbiosis with the environment, and occasionally each-other, has become Parasitic, we have reduced mortality not just with antibiotics (which microbes eventually develop resistance against), but also by drawing down on natural resources at rates exceeding those of natural replenishment.

Resilience theorists would say we are entering the ‘release phase’ of the adaptive cycle that characterises systemic development: ‘a rapid, chaotic period during which capitals (natural, human, socials, built and financial) tend to be lost and novelty can succeed.’ Forgoing out-dated systems that no longer serve us and switching to models of better business and innovation can benefit us, but we need to act fast.

One of the main challenges to this restructure and the relatively slow pace of change, considering that such suggestions have been on the table for over a decade, is overcoming the powerful interests of groups that benefit from the status quo, along with the scale of the problem.

‘Meanwhile, the populace seems incapable of raising the alarm or responding to it, consisting as it does, of a large under-class that is overfed but undernourished, extensively entertained but misinformed, over-indebted and under-skilled. Ruled by a much smaller elite that often practice financial predation.’ – Richard Heinberg

Laying the groundwork for reorganisation will require building resilience and purpose into all our social structures and infrastructures in the decades ahead. Re-designing how we do business requires placing a common goal before our individual needs and becoming a part of something greater than ourselves. This mind-set shift is described in ‘The Infinite Game’ by Simon Sinek, which details the need to define the cause, build trusting teams, and continually make courageous decisions as part of this process.

Spaces like x+why in London, find themselves at the forefront of such change, by nurturing an environment that brings like-minded spirits and enterprise under one roof, inspiring and enhancing creativity, as well as legitimising efforts to adhere to strong social and environmental standards through programmes like Why B and B Corporation certification.

Changes at the individual level are of equal importance. When there are two main means of survival on the collaboration-competition spectrum: to react with fear, separation, malice and selfishness in times of scarcity, or to get to know our neighbours, share the sacrifice, remember our place as organisms that are part of a larger whole, and to collectively work towards a better future for all, the choice is ours to make.

We have the potential to be a regenerative presence in ecosystems and the biosphere, but should we chose not to evolve and adapt, then planet earth need not worry, she has the capacity to carry on without us…

‘Profit and purpose are not mutually exclusive, if you choose to do it right.’ – Rupert Dean, CEO at x+why, City AM

Nia studied medical science at Imperial College London and is the founder of holistic CBD wellness brand Yugenial, which seeks to contribute to a movement changing perceptions around integrative health, plant medicines and drug law.

One Reply to “Competition vs collaboration: survival of the fairest? by @NiaFaraway”