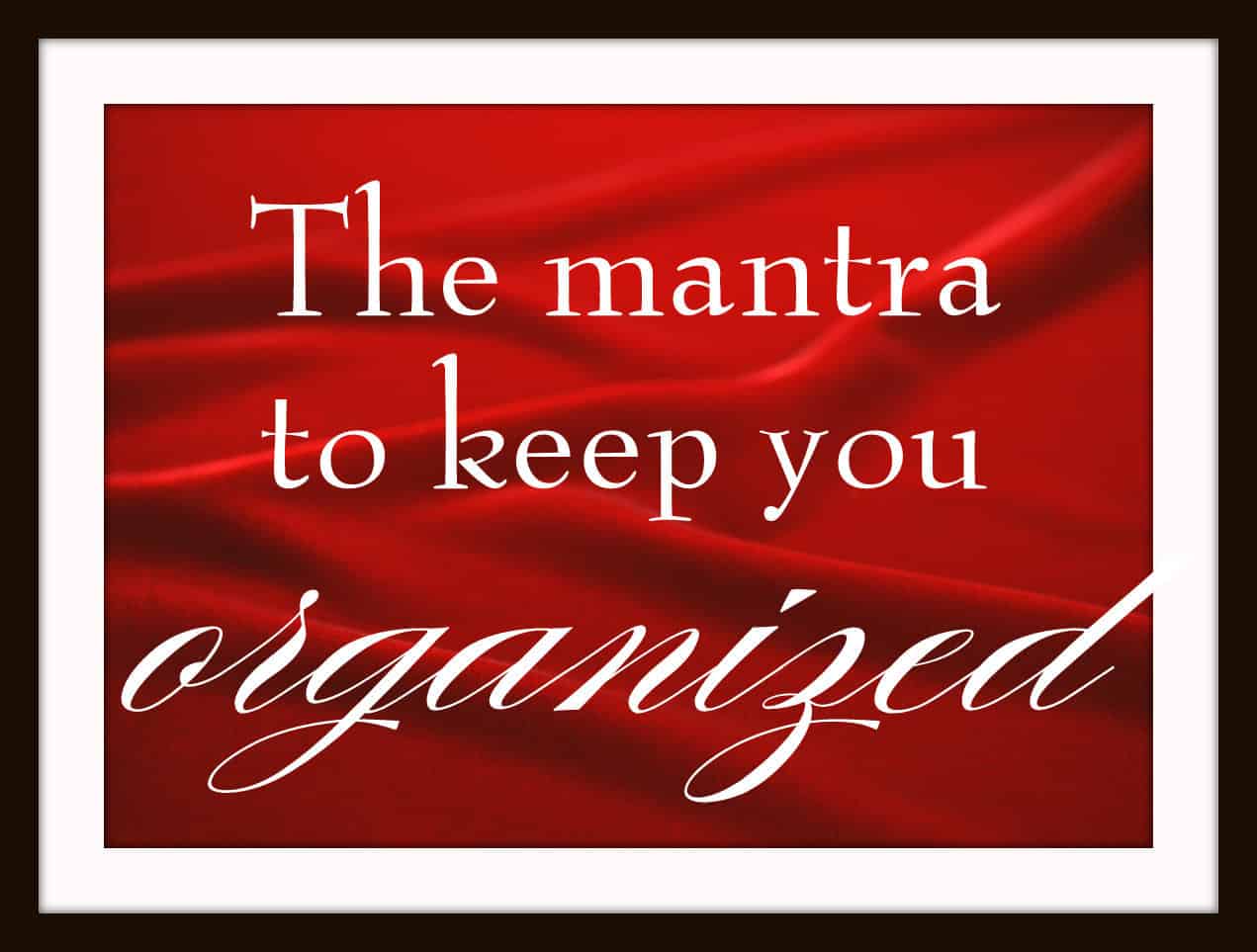 The Mantra to Keep You Organized by @MelindaMassie

Have you seen the DirecTV commercials for dumping cable? They start with a simple scenario – paying too much for cable – and then through some creative logic put you into a TOTALLY different and crazy place. Since I was an event planner, this one is my favorite:

Many times, a big reason why my clients’ homes are cluttered is because something just wasn’t seen through until the end. The VERY end. When this is the case, I prescribe this mantra and drill it into their heads until it sticks … or until they get sick of me harping on it and just do it.

So the mantra that keeps them, and will keep you, organized?

“I commit to seeing things through to the VERY end.”

What do I mean by the “very end?” Like the commercial I discuss at the beginning of this post, it goes further than you probably think (if perhaps not as far as they take it). For example:

See what I’m getting at here? It’s okay if your head just exploded a little—I’ve been told on more than one occasion that this has made someone’s head spontaneously combust.

All too often, we see tasks as separate—cooking dinner, eating dinner, doing the dishes (later)—instead of as a whole. This allows us to easily stop each task too soon, which in turn leaves us with a progressively messy house. By seeing things through to the very end, we’ll naturally have a more organized home.

So repeat after me:

To seeing things through.

To seeing things through.

Awesome, Sunshines! Now go forth and do it!

How do you remind yourself to keep up with organizing maintenance tasks?

3 Replies to “The Mantra to Keep You Organized by @MelindaMassie”