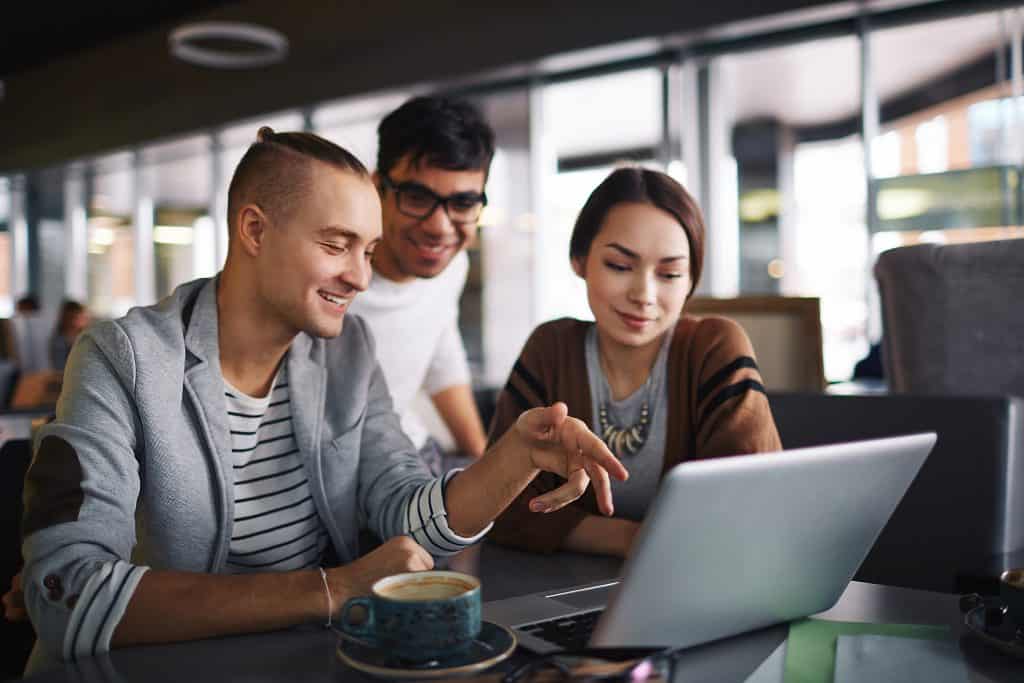 In a survey by Nielson.com, millennial respondents cited technology use as the most unique and significant aspect of their generation, a substantial change from the baby boomers who cited their work ethic instead.

In its own way, the survey summed up the primary sources of conflict in the average workplace as millennials take their place beside the baby boomers.

Two of the biggest disconnects between the generations are attitudes about technology and work expectations.

The millennials, born between 1980 and 1996, came into consciousness of the world through watching cable television, searching information on the Internet, and communicating through smart phones.

They cannot even imagine what life without the Internet was like. They were born having access to more data, knowledge and resources than any previous generation even knew existed.

They see technology as something that makes their lives easier and connects them twenty-four hours of the day with their friends and family. As small children their cribs had electronic monitors linked to their parents’ computer screens. They were sent to school with cell phones in their pockets. An astonishing 83 percent of millennials admit they sleep with their smartphones.

In their lives, there is no such thing as too much information. They accept and deliver information via social media channels from their bedrooms, their bathrooms, and their workplaces.

When updates to their devices are released, they accept that it is a natural part of life that they must download the changes and use them. The concept of choosing not to gather more technical knowledge just does not enter their thought pattern.

Their connection to their devices is a positive aspect of their lives. They value their close connections to their friends and family members and see it as a routine part of life, checking in with those they care about several times a day.

On a global scale, through social media going viral, they are convinced that one voice alone can make a difference in this great big world.

Their attitudes will inevitably bring them into conflict with baby boomer bosses and co-workers whose attitudes about technology and where it fits in their world of work are often dramatically different.

Consider that the baby boomers did not have the benefit of being born with technology in their cribs. Instead, they had to learn how to use a computer, understand what a tablet was, try to figure out a smart phone and puzzle through how all of these devices could blend into their workplaces and lives.

The baby boomer is largely content to learn a new technology and then to strenuously resist updates on the grounds that they have already learned a perfectly good way to use the device… why complicate things further? It is a challenge, not a curiosity, to experiment with updates.

Baby boomers coined the term TMI meaning “too much information.” They can get overloaded with the amount of data that finds them.

The urge to be socially connected at all hours of the day with those they love may be there, but it is controlled firmly. This is a generation who was taught that work was for work only and that social interactions were best confined to the after-work and weekend hours.

To their millennial colleagues, they may look like they are behind the times. In reality, their generation has had to adopt more significant changes than any previous generation since the Industrial Revolution.

Can the two meet? Can the gap close?

It can, because both generations harbor dreams of being a little more like the other and this will bring them together. The millennial workers may send social media messages from work, but the career-minded part of them wants to advance faster than their boomer colleagues ever imagined or experienced.

Meanwhile, the boomer workers want to have more of a work-life balance and the means to touch base with those they love and provide their support system. They often secretly admire the way the millennials manage their relationships and work simultaneously.

Overtime and with guidance, each generation will start to make the best of each other’s strengths and overlook their weaknesses. Setting up situations where they must work together on a team will hasten this development. Both can learn a great deal from the other, and it will be a forward-thinking management team and human resources department that creates the circumstances for that to happen.

Roz Bahrami is a blogger for https://skyprep.com, an online training software for companies to train employees and measure results. Roz is a regular contributor to blog posts related to corporate training, L&D and mobile technology. You can visit her personal blog at blog.boosthq.io