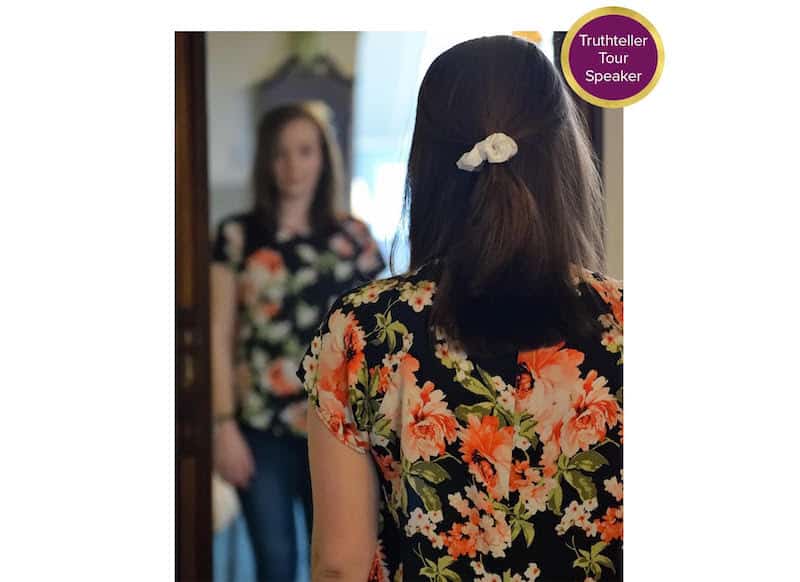 A Big Fish in a Small Sea by @VentureMom

She was a big fish in a small sea. In her local high school, she was a cheerleader. She was a member of the girls’ high school charity group. She was on the board of the student council. She came from a wonderfully supportive family. She had good grades. And that fall after graduation, she would attend an excellent college in her home state.

She was on her way.

A year later, she was riding in the passenger seat through a dangerous neighborhood on the outskirts of town. It was after midnight on a rainy Saturday. The driver was her college boyfriend, and he was angry with her. After exchanging words, he barely stopped the car, pushed her out, and told her to find her own way home. Cell phones didn’t exist. She didn’t have her wallet. And she was an hour from campus.

How did she go from a popular, confident high school student to an abused college girlfriend?

It happened easily enough. In her first months of college, her best friend introduced her to a guy named Eddie. He was a rising senior. An accounting major. On top of that, he was handsome and smart and funny.

She fell for Eddie fast and hard. Things were great…at first. But he soon wanted more and more of her time. Gradually, he came to dictate who her friends were. He told who she could hang out with. And soon he even dictated what she could wear.

Her friends began to drift away. And when her roommate became difficult about all the time she was spending with him, Eddie told her to get a single room. To stop hanging out with her own roommate.

As time went on, Eddie became more and more possessive. He wanted to know where she was every minute of the day. And then he became critical of her: her clothes, her weight, her body.

The confidence she had in high school disappeared. Ever so slowly, her identify became completely wrapped up in what Eddie thought. He had become her only friend.

Professional football was a huge thing to Eddie. Each Sunday he insisted that she watch the football games with him all day long. He told her he bet on some of them and could make money to buy her things and take her out. But his teams didn’t always win. In fact, they rarely won. And when he lost a bet or multiple bets, his anger kicked in.

His obsession with football worsened. The more bets he lost, the more explosive his temper became. He asked to borrow money from her. By this time, she was so insecure…so worried about disappointing him that she emptied her savings account to help him make more bets. If she wasn’t properly supportive of his teams, he got mad. And when he lost, he took it out on her.

And then there were his lies. She found out he wasn’t actually a senior. Ever since he’d been a freshman, he had been using the money his parents gave him for school to pay off his gambling debts.

Eddie was determined to control her—and in weird ways. He took away her makeup. It seemed like a funny thing to confiscate, but he didn’t want her to look attractive to other guys. Next, he refused to let her read magazines. He didn’t want her to gain confidence from the articles.

When she went home to see her parents, he had rules: no bars, no friends, and no magazines. He began pushing her to secretly get married. He said he wanted to be tied together forever.

The violence started…with a shove. Shoves soon became strongholds and yelling in her face. And soon, there was more.

It got worse. He began sending the bookies looking for her to pay off his debts. And they were asking for things other than money. She was in big trouble.

A reasonable person might ask, “Why didn’t she leave him? Break up with him? Tell her parents? Tell her friends?”

She did none of those things—because Eddie had complete control over her. Bit by bit, he had worn her down. He had completely destroyed her self-esteem. She felt she had no choice but to stay with him.

Until that night when he shoved her out of the car.

You may ask yourself how she found her way back to who she was.

What happened to the young woman sitting on the curb?

Well, as you may have guessed, I am that young woman.

As I sat on the curb in the rain, in the dark, miles from home, I finally realized that what Eddie was doing was wrong. How he treated me was wrong. Making me place bets for him was wrong. Pushing me, shoving me, strong-arming me, and worse—was wrong.

How he made me feel was wrong.

How had I not seen that? The deterioration was so gradual that I had been blind to what he was doing to me. But now I knew I needed to get away from him. I needed to get out of this relationship once and for all.

That night, Eddie came back and picked me up, but by now, all I wanted to do was escape.

I went home and told my parents. Recognizing the situation I was in, they helped me transfer to a school in the Northeast. They gave me the support and understanding I needed to get away from Eddie, both physically and emotionally.

It wasn’t easy. But over time, I regained my confidence. I learned that no one should ever treat you that way—no matter how much you care about him.

Yeardley Love, the UVA athlete who died after her boyfriend shoved her against a wall, probably found herself questioning her relationship like I finally did. If not for that fatal push, she, too, may have gotten out. But she and so many others like her stand as reminders to all of us.

What can we do to prevent abusive relationships from dragging young women down?

I am a mother now. I have two daughters in college. They are smart, talented young women with promising futures. And this is what I tell them:

You must respect yourself. Recognize your own strengths. Never let anyone undermine your confidence, take control of you, or threaten your sense of who you are.

That is my message for my daughters. And it’s my message to anyone in a relationship. Find a relationship built on mutual respect. My litmus test for a good relationship is to think about how you feel about yourself. Give your heart to someone who recognizes you for who you are and respects you.

Someone who isn’t threatened by your talents and strengths.

Someone who loves you for you.

That’s what a real relationship is. And when you have that, you won’t find yourself being pushed out of a car in the middle of nowhere in the middle of the night. You’ll find a life fulfilled, and your dreams realized. 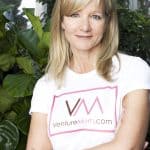 Holly Hurd is the founder of VentureMom.com, a web site devoted to profiling women who have their own businesses. Holly has interviewed hundreds of women with their own ventures, making her uniquely qualified to speak on entrepreneurship for the small start up. Her web site shows women how other women have created businesses out of thin air so they can do the same. The VentureMom Marketplace curates and sells the luxury goods these women offer
When she was only twenty-five, she was featured in Futures Magazine, USA Today and in Fortune’s “People to Watch” column for her exceptional work managing her own fund on Wall Street. She has put her life experiences to excellent use by creating VentureMom.com to provide women economic freedom.