A New Way to Think About Setbacks by @nskbelanger

Not so long ago, I was caught off guard by a minor, but slightly unpleasant business surprise.

It was the type of irritating setback that one should expect to encounter in the regular course of doing business, but it still managed to throw me for a bit of a loop when it happened.

I must admit, I was a little disheartened by the disappointing news. I found myself slipping into “woe is me” mode, dwelling on the negative impact of this minor setback and allowing myself to feel a little defeated.

Until I remembered one of my all-time favourite quotes:

“Whatever the present moment contains, accept it as if you had chosen it. Always work with it, not against it” – Eckhart Tolle

After sitting for a minute and carefully digesting those words, I felt a sense of calm come over me.

It was as if a huge weight had been lifted off my shoulders when I realized that I did not have to give away my power to this frustrating situation. Instead, I could reclaim control by  welcoming the hand I’d been dealt.

Through the lens of Eckhart Tolle’s words, I began to view the situation not as an inconvenience, but as an invitation to work harder and to be better.

Instead of telling myself a story in which I fell victim to circumstances out of my control, I was able to create a narrative in which I had the power to dictate the outcome of the situation. Reframing the situation helped me move from reacting to the problem, to being proactive about finding a solution.

By flipping the “problem” on its head in this way, I had gone from being controlled by what was happening to me, to being in control of what I was doing.

Get Your Head In The Game

It might sound overly simplistic, but often all we need is a change in the mindset to solve a problem, or at least improve our situation.

I really believe that this type of thinking can be a game-changer for entrepreneurs, because when you’re starting/running a business, you will experience setback and challenges. They are a normal part of life and business.

In order to rise above these setbacks, entrepreneurs need to be resilient — and this type of thinking fosters resilience in a powerful way.

So instead of seeing your next setback as a blow to your business, consider it instead as a vote of confidence in your skills and your ability to rise to the occasion.

But, most of all, consider it your very own personal invitation to grow. Nicole Belanger is on a mission to help you live a full and intentional life. The opportunity to connect someone to their highest potential is what gets her out of bed (early) in the morning!

She is an Ottawa, Canada-based writer, blogger, entrepreneur, and community organizer. A passionate advocate for women’s leadership, Nicole’s life revolves around finding new ways to support emerging women leaders in her community.

Nicole is the founder of the Ottawa Chapter of Ladies Learning Code, a women-run non-profit offering beginner-friendly technology education, as well as the National Sponsorships and Partnerships Manager for the organization.

She is also actively involved in the startup community, and is a former organizer of Startup Weekend Ottawa.

Nicole’s writings on personal development, leadership, and entrepreneurship have been published in Levo League, Business Insider, Intern Queen, and Urban Native Magazine, among others.

In her spare time, you can find Nicole reading, making gratitude lists, enjoying a glass of cab sauv, meditating, going on roadtrips, and learning to golf! 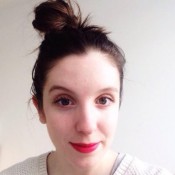 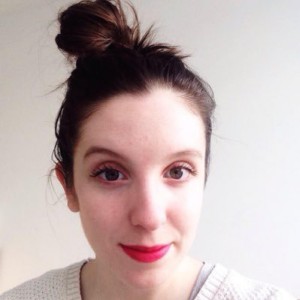