Have you ever met a raconteur? Definition: a storyteller, especially a person noted for telling stories with skill and wit. I wasn’t sure I had either…but, when you meet one it makes perfect sense.

I have and his name is V. 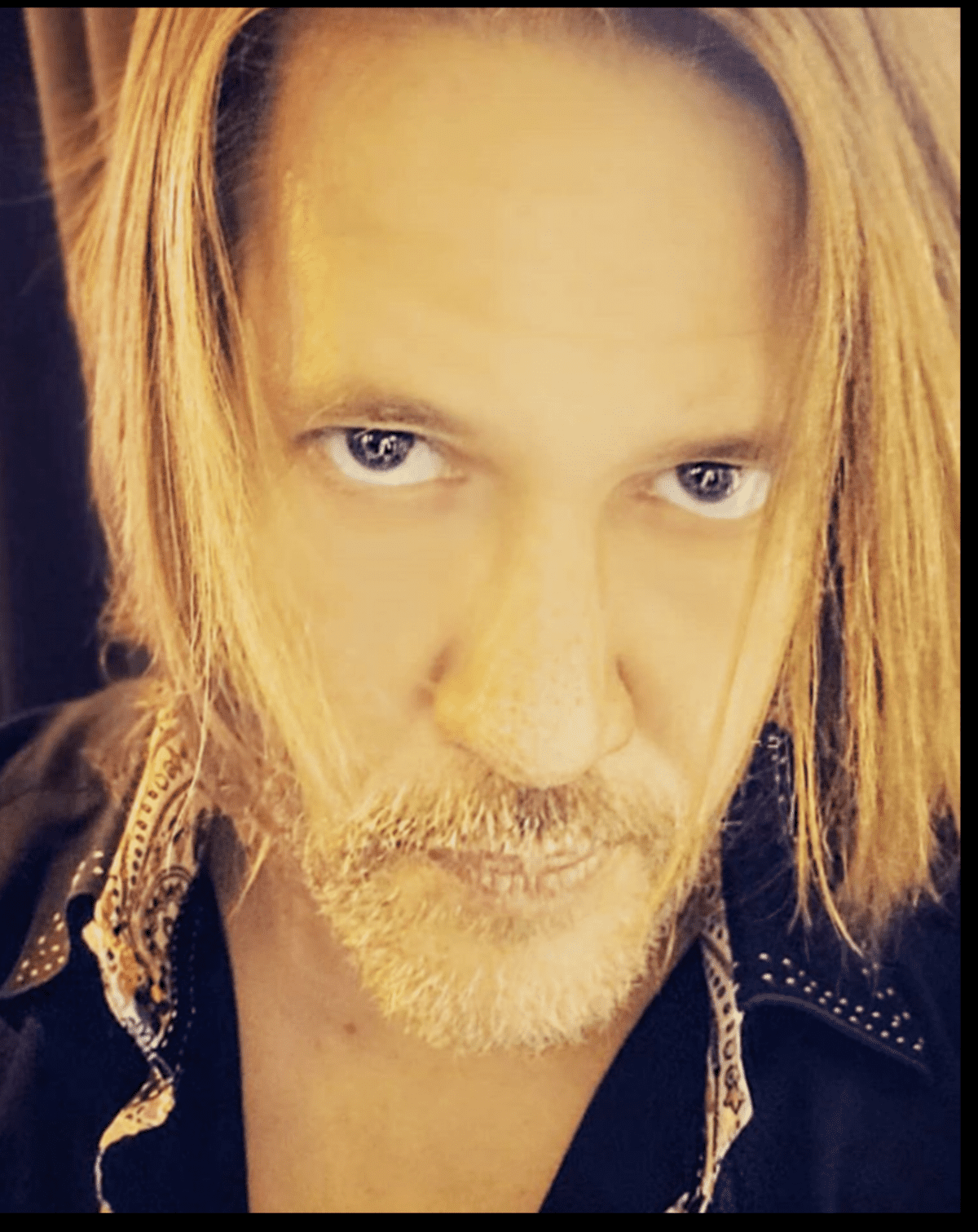 V is someone who can create almost anything creatively out of thin air. We met because at the time, he was known as “The Magic of V” and was doing a nightly magic show and would go right up to folks and mesmerize them with close up illusions: cards, coins, lemons – no matter what the object, V could read your mind and make it disappear or better but either way, he blew your mind. Manipulate cards via sleight of hand? Easy. Bend a quarter with his thoughts? Yep. Make you doubt your own eyes? Every time. He also has a certain way  he handles people, he is deftly funny with them but never at their expense. His wit has always been part of the routine…

He had also for many years ran a theater where he had his own “intimate illusions” show and packed the room as the headliner. He was doing Murder Mystery shows before anyone jumped on that bandwagon. 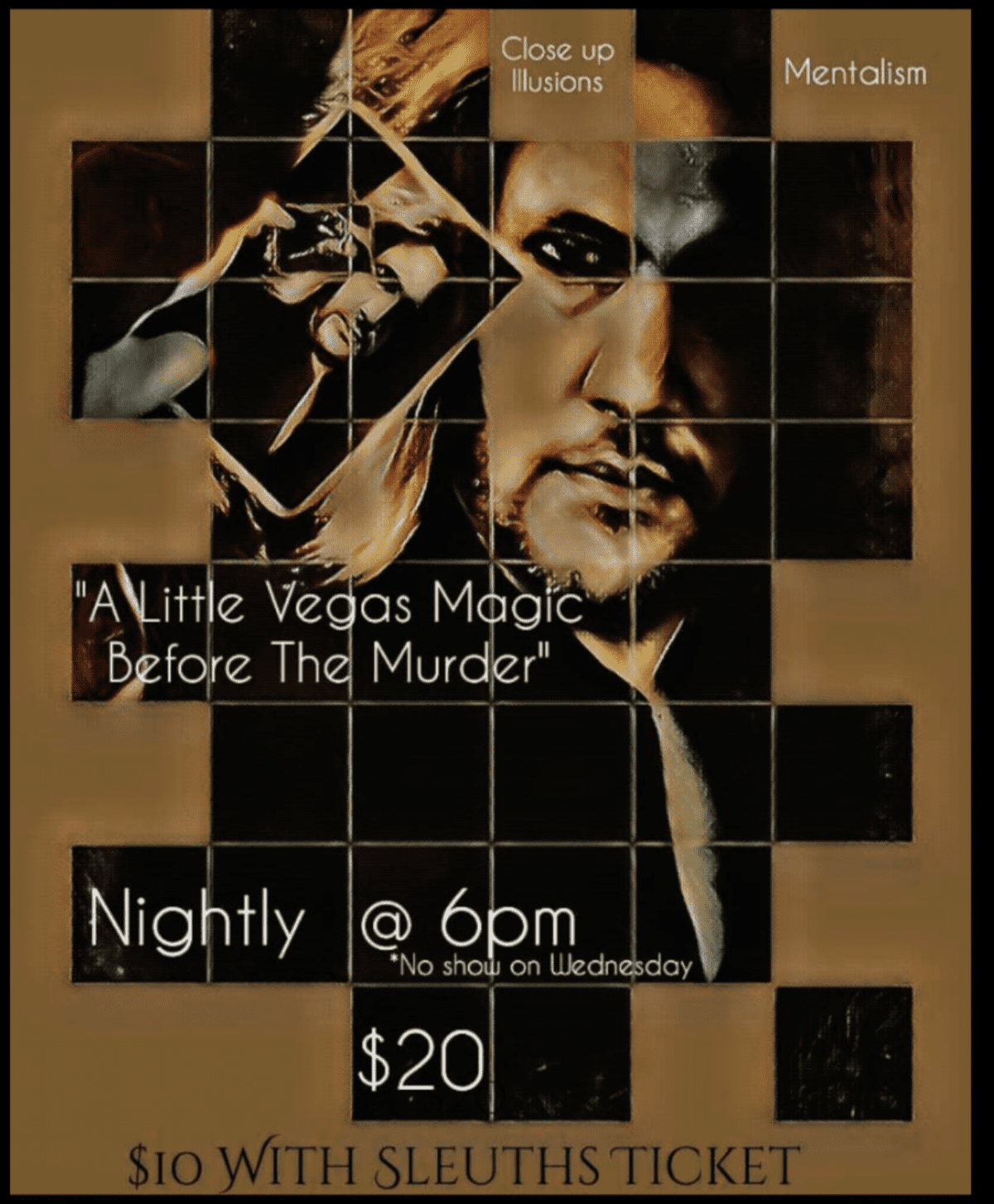 Along with everyone else, I have always been astounded. But, magic was just in his spare time. Music and theatre are where he really shines. The Music of V is far more skilled than simply turning tricks…music is where he really loves to shine and he makes magic through that as well. He plays multiple instruments with ease and can adapt any song you request at a moment’s notice. Not only does he have a vast repertoire catalog in his head: he knows the history of each artist, the notes, the words…you can’t stump him. Try, I dare you. He can pick up any guitar and play it, same goes for the piano. Have a song in mind ? Challenge him and he will revise it old school, modern style or anything in between. Lady Gaga as a folky jazz tune? Done. That’s where the “raconteur” label comes from. He’s currently exploring this idea with his show at Capo’s Speakeasy, where it’s an intimate yet socially distanced musical interlude: 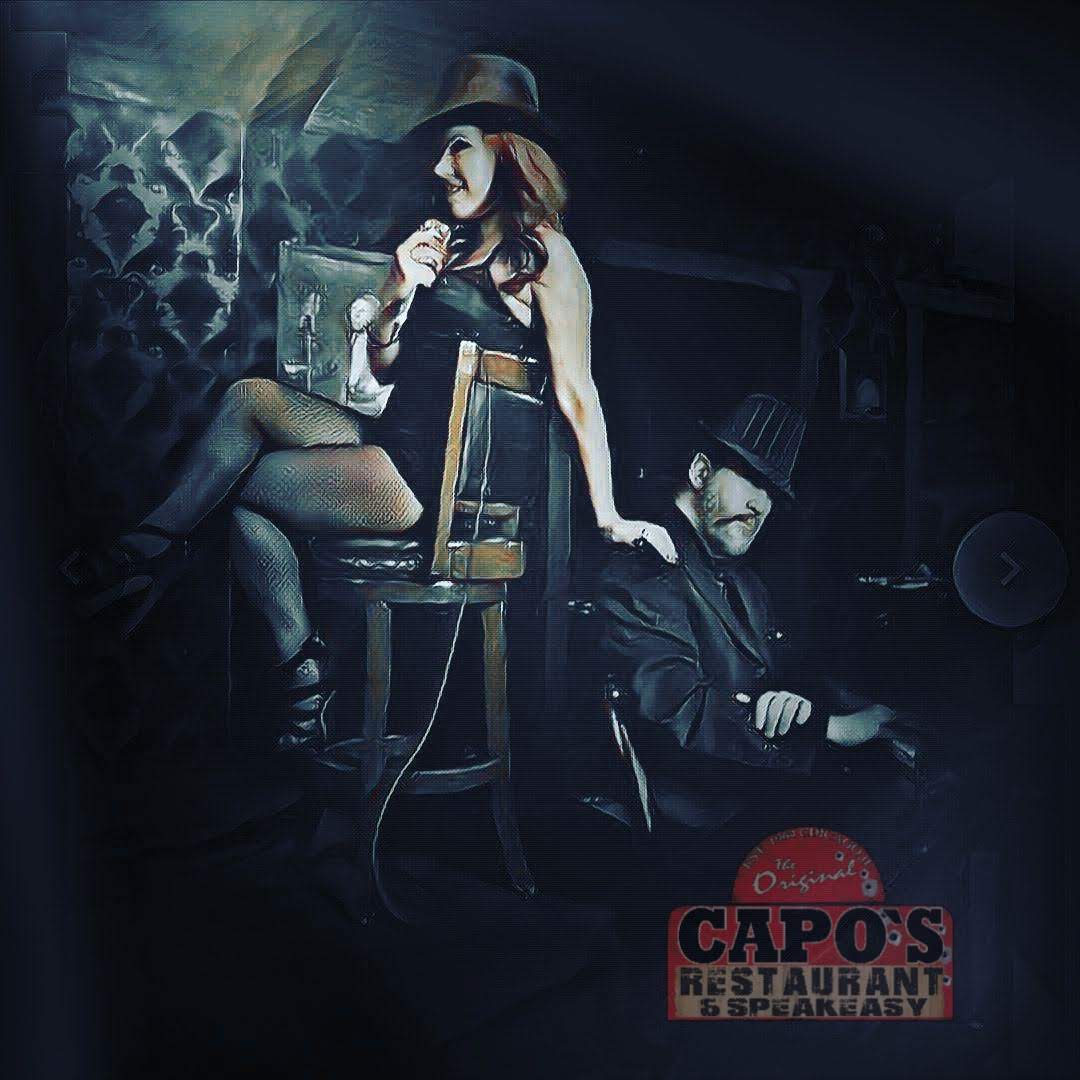 V is the only person I’ve ever known or even heard of that can literally stand on a corner and create interest out of nothing. No matter if it’s a Rubik’s Cube he spins into submission with one hand or playing any Prince song you request…provoke him and he will do it. And give you an interesting history lesson or twist along the way.

He is a one man show, and he likes it that way. His style of both magic and music is intimate and up close – so that you are literally right inside the action. I’ve always been amazed by V and his ability to get your attention, lure you in and then captivate you with his skills.

Besides his passion for music and his abilities of illusion, V is a man who is most comfortable around animals. He has fostered countless dogs and cats in his lifetime and believes it is something every human being must do in order to have empathy for life itself. 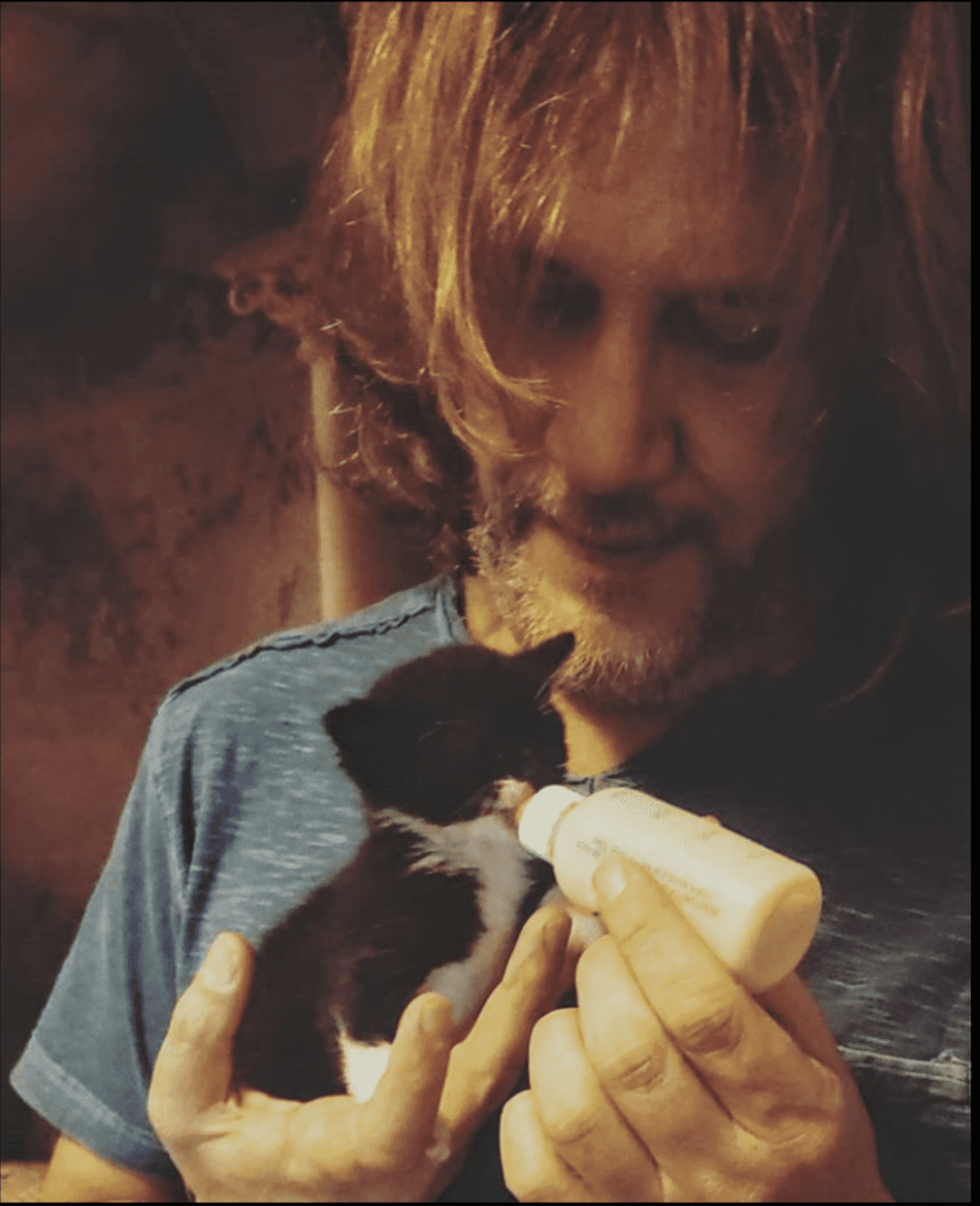 He is also all about mentoring. For nearly 20 years, he’s been a magic mentor at a camp, where he helps shape minds, instills confidence and teaches people skills both fun and valuable. Quite a well rounded dude, I’d say…

Besides all this, V is always searching creatively for the next thing. He realized that nowadays in this new world, magic didn’t fit into it anymore…gone are the days when it is acceptable to pass various items to folks to touch and give back. Also gone this year is camp – for the first time in two decades, camp was cancelled. Heartbreaking for V and all the kids who so looked forward to their summertime routine, but it’s a new time and adaptation is a must.

That didn’t stop his constantly running creative flow, though. Unable to stop his inner magic, he currently has several projects on the go, including a rock opera based in the time of a virus and how it affects everyone within the world.  He, along with his traveling dog, Sam are always roving around, meeting people and curating new stories to add to his theatrical mind (of course mostly online now, unfortunately not in contact…). 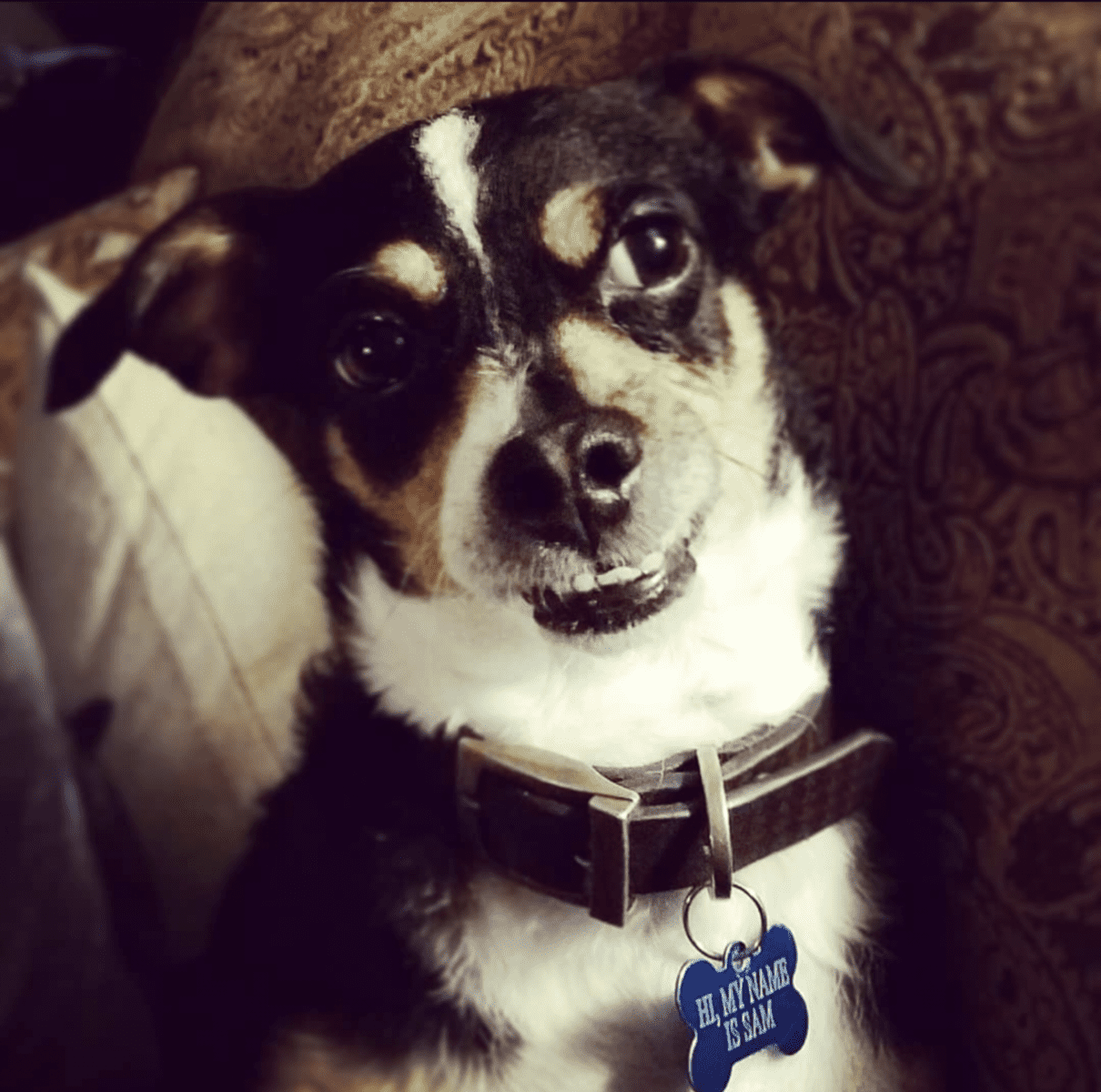 I asked him to share his top ten pieces of advice in music, magic, acting, life, love and business (any or all of the above, because whatever he has learned I want to adapt to my own life). Here is what he shared:

What I learned from V is: you never know what is coming in the future, so you have to be creative and adapt to the world and the people as it is and they are. We cannot control them – only ourselves. What can you do that flexes your magical mind and magical muscles? Ever wanted to learn to play an instrument or get onstage in a play? DO IT. Don’t worry so much about what other people think or say. They don’t know what is going on half the time and ignorance is bliss for most of them. Listen to children and animals. Usually ignored, they are really what can teach you about yourself and your emotional strength. It’s often about shaping others that shapes you. Don’t just talk – listen. It’s often in the non verbal that we really hear. Pay attention to those you care about, you never know when they may be gone from your sphere, whether temporarily or permanently…the time is now.

Thanks for the lessons, V! 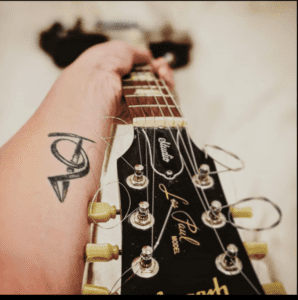 Mella Noir – Entrepreneur Success Stories & Inspirational ProfilesMella‘s great love of the English language began her adventures in journalism, with a side passion for sales and marketing. She segued into advertising, and her fascination for both people and Champagne propelled her flute first into event and party planning. Many soireés, fêtes, and galas later, she’s still popping corks, clinking and chatting her way through life. She was an original “Champagne Sister“, and hosted *Clink, Chat & Catch Up!*, where she profiled inspiring and passionate entrepreneurs and shared their story of finding and following their dreams.  Along with her fellow international hosts, she created over 130 Bubbly Talk Radio Network podcasts, interviewing Kathy Ireland, Richard Simmons, Rex Pickett, Heather McDonald, Charles Stiles, Simon Majumdar, Nico Santucci and more.  Mella produced "Inspire And Influence with Bri Seeley", "The Flute Enthusiast", "Life in the Lady C Lane", and "Clink And Chat Real Housewives" and is proud to have been featured in the book "The Inspirational Woman Project". Mella is a huge  twitter advocate and besides curating entrepreneurs @BubblyTalkRadio, she shares social media content @ClinkAndChat and spreads bubbly love at @ChampagneChat. She enjoys travel and writes reviews for The Bespoke Black Book. For over a decade, she's been trusted to run social media accounts including celebrities Winsor Harmon (Bold And The Beautiful), Peter Madrigal (Vanderpump Rules), and Eliza Roberts (Animal House) as well as many premium brands, restaurants and individuals. She's well known on the red carpet circuit, live tweeting and interviewing celebrities like Ryan Gosling - and, most recently the Emmy award winning "The Bay" with publicist partner Jackie Lewis Media. Nowadays, Mella focuses on all aspects of PR as a digital media strategist…need help online? Send her an email: MellaNoirPR@gmail.com