I often have people ask me if I worry about working in an industry that many believe is becoming obsolete, or if I believe printed books will ever disappear. My reply is that the industry isn’t necessarily shrinking; it’s expanding to new platforms with more content than ever before, and that can be a blessing and a curse.

In the business of books, there will always be a hunger for new content that caters to thousands of different audiences, no matter how small or large. Books, even non-fiction and self-help, aren’t seen as a “practical” purchase, like say, a new cast iron skillet, an iPod or car. Readers will buy more than one because they always get something in return, whether it’s inspiration, a true story, an escape to a fictional land, how to run a better business—the sky is the limit when it comes to what we can gain from reading. It’s sort of like music, art, or the culinary arts, three other platforms that are constantly evolving and reaching new minds every day. And one of the ways that books reach into those souls is through self-publishing.

In 2014, the prevalence of self-publishing truly blossomed. While the industry had already shown it could be successful, with authors hitting the New York Times bestseller lists and garnering six-figure advances from major houses, there was a shift in the self-publishing landscape as millions continued to publish across dozens of platforms.

That shift is what I like to call, the maturation of self-publishing. No longer is it seen with a negative stigma as a last resort for authors to release their work into the wild. We’ve seen that self-publishing and traditional publishing cannot only coexist—they can actually work hand-in-hand. Traditional publishers can use self-publishing platforms as a “testing ground” to see literary trends, while self-published authors have realized that the pipe dream of million-dollar advances and movie deals are actually not obsolete. On the other hand, authors who have been traditionally published view self-publishing as a way to take back creativity and offer their writing to an already established fan base, eager to snatch it up for a few dollars.

This “togetherness” attitude is most common in the ebook self-publishing revolution, which Smashwords founder Mark Coke said will be viewed decades from now by historians as “no less transformative than the advent of the Gutenberg printing press.”

Gone are the days when the majority of the self-published titles came off as unprofessional, unpolished, unmarketed. Authors are finally realizing that the key to visibility is to stand out from the crowd. Hire a cover designer? Check. Have it professionally edited? Of course. Create a pleasing and consistent interior? Done.

Of course, since even more authors are looking at their book like a professional business, this barely lessens the difficulty of getting your book to stand out amidst of the millions of titles released each year. Books are written well, inexpensive, and look amazing; a factor due in part to the fact that traditional publishers are feeding off the indie author strategy, offering content for free and discounting their ebooks. And on top of novelists and bloggers publishing their work, experts began publishing their own content to add “author” to their resume and gain more authority in their field. When executed correctly, this career move can work wonders!

Regardless of what you are publishing, here are five things to look out for in the 2015 self-publishing industry.

The fact that any venture into self-publishing should be looked at as a business is nothing new. But the major development is that this business model is broader than many realize, and takes into account everything from media outreach and branding, to constant interaction with fans and branching out into editorial collaborations.

While there was definitely a rise in professional, polished content in 2014, this year it’s incredibly important that authors pay attention to the services that a traditional publisher would usually take care of, such as cover design, editing, formatting, distribution, marketing, ebook conversion, etc. Even if you’ve written a book detailing the route to the Fountain of Youth, you will have trouble finding an audience if you don’t publish it professionally. As I always tell my clients: When you choose to self-publish, you retain all your rights and creativity, but you also gain all the publisher’s responsibilities.

Consider interaction with readers and other authors in social media, at trade shows, conferences, etc. Repay your readers for being loyal with giveaways and promotions, and countdowns to announcements. Once your first book is done, realize that you have to start working on the next one. The best way to build a brand or following, is to continue creating fresh, relevant content and stories. With that in mind, also consider doing an editorial collaboration with another author in your genre, or another expert. I’ve seen these work very well, where each write one chapter, and they go back and forth. It cuts your work in half, increases your readership, and adds variety to your portfolio.

In our world of shrinking attention spans, and consumption based off 140-character spurts, it should be no surprise that people prefer to read content that isn’t time-consuming. So it surprises me that serialization took so long to really blow up. In 2014, more than 14 million stories were shared serially on Wattpad, truly showing that while people still love to read, they prefer to consume the information in smaller bites.

When authors release a book chapter by chapter, it provides a wealth of benefits. They can keep readers hooked, while garnering feedback from fans as they go along. It increases the conversation about an author and their work, almost like episodes of a show series. There’s increased revenue, since you can charge 99 cents per chapter, instead of $2.99 for an entire book. That means if you publish 25 chapters, you effectively earn more than $20 for your ebook, a price that most readers wouldn’t normally spend no matter how bad they wanted to read it.

No matter what you write, whether you’re a fantasy novelist, self-help coach, or trying to brand yourself as a real estate guru, reader data will become an important part of how you brand and market yourself.

You’ve probably heard of metadata, but you might not truly understand what it is or its importance. Don’t worry though, you’re not alone; it’s one of the least known and understood components to publishing an ebook. However, it’s extremely critical to your sales and marketing efforts.

Basically, metadata is the information anyone would need to know about your book. It’s the who, what, when, where, how and why of your book: the title, author’s name, ISBN, jacket copy, author bio, cover images, interior images, synopsis, etc. When your book is for sale online, think of it as sitting on a digital bookshelf. If a reader searches “Southwestern gluten-free recipes” and you’ve written an Arizona vegan cookbook, your work should pop up as a search result for that potential reader. If your metadata does not reflect what someone is searching for, no one will ever find your book—it doesn’t matter how pretty it is.

In the 2015 self-publishing industry, it’s important to experiment with different ways you can monetize your work. One of the newest ways to do this is with “vlogging,” or creating video blogs. This can be as simple as doing contest promotions, big author announcements, videos of you opening your first book shipment box, thanking fans, etc.

And while audio books are nothing new, think of how everyone is always trying to save time, listening to audio books during a commute. It might be worth your while to create a high-quality audio recording of your book as an offering to readers.

If you’re an expert or academic professional looking to brand yourself as such via self-publishing, 2015 will be the best time to do that. In fact, Cambridge University Press CEO Peter Phillips predicted that 2015 will be the year “that the first major wave of adaptive learning products will be brought to market” leading to a “dramatic shift as publishers begin to offer enhanced educational content personalised for the learner.”

There’s always a time when an indie market is taken over by “the man.” And 2015 will be that year for self-publishing. From the beginning, readers have been more liable to take a chance on unknown authors if a book sparked their interest, and was priced at 99 cents or lower. Since authors retained the majority of those ebook royalties, the price point wasn’t that big of a deal. As a result, you could always identify the indie titles on the best seller list based off the prices. Up until 2014, large traditional publishers weren’t pricing their ebooks lower than $4. But now they’re taking a cue from the indie authors, slashing their prices as temporary promotions on their popular authors, and making use of ultra-low prices for back catalogs.

The larger publishers will also start making use of the word “free,” after seeing how indie series writers have had big success by starting off their series at the unconventional free price point. While some of the big boys have already been using free as a promotional tool, more publishers are feeling pressure to jump on the bandwagon to boost popularity. And as a result, the word “free” won’t be so relevant any more. A few years ago, authors who utilized the concept of giving their work away for free really experienced a benefit, but that will fade in 2015 as the market floods with free ebooks. 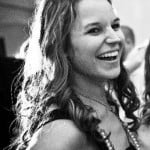 Lauren Wise, Head of Editorial, has been a writer, book editor and magazine editor for over 10 years. In 2009, she established Midnight Publishing to help other writers just like her in the struggling economy. Midnight Publishing provides editing, writing, proofing, publishing, website and consulting services to dozens of customers in Arizona and throughout the country.

A graduate of the Walter Cronkite School of Journalism, Lauren has worked as a magazine editor and contributed a few hundred articles to publications on the topics of publishing, travel, music, cooking and wine. Lauren Wise lived all over the country and traveled throughout Europe, Vietnam, Taiwan, The Virgin Islands, Cambodia, Canada and Mexico, making her open to several cultures, ideas and editorial styles.