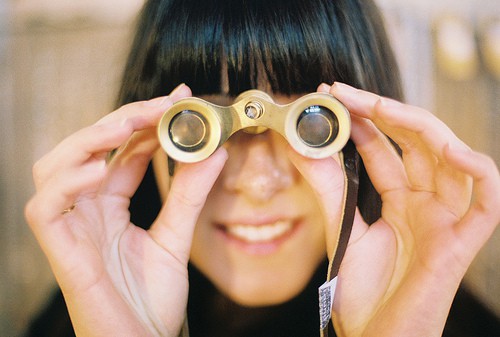 Despite the introduction of several methodologies, the behavior that has not been much changed is of people getting into disagreement with each other. For such conflicts, self-centeredness, impoliteness, lack of consideration, and inflexibility are a few reasons to mention. Understanding and respecting perspectives is an extremely influential phenomenon. Every individual has his/her own unique viewpoint on life, incidents, relationships, and ambitions. A situation becomes much more challenging when two individuals are not able to resolve differences in their perspectives. Such conflicts can potentially lead to misunderstandings, lost opportunities, and strained relationships.

An issue of different perspectives is something that enables every individual to strike a difference between right and wrong. Perceiving something from a different viewpoint enhances your level of awareness and enables you to find improved solutions, particularly when your private or professional life involves loads of arguments with others.

Different perspectives often lead to arguments because every single person looks at the world through his own pair of glasses. It implies that he filters everything according to his own set of parameters including personal history, values, morals, motivations, and theories. However, these parameters may not be necessarily true for everyone. This is where the idea of respecting others’ perspectives validates its importance.

Diverse viewpoints signify that different individuals perceive similar things from different angles. It is a fact that gives rise to dissimilar opinions and beliefs. When you appreciate and become receptive to other people’s ways of recognizing things, your personality develops a trait that only a few people has, that is a talent to put yourself in others’ shoes. In other words, you learn to see, accept, and value others’ perceptions.

One of the most usual reasons of disagreement among humans is conflicting perspectives. While instinct directs us to follow our own standpoint, it is wisdom that emphasizes to understand others’ perspectives. In such a scenario, it is vital to explore differing points of view so as to attain an understanding of the basis of argument and individual perspectives. This exploration is quite important because it can significantly enrich our communication skills and compassion. It enables us to realize that we have no authority to judge anyone for ideas, opinions, and beliefs. Furthermore, it facilitates us to consider a probability that we may, improbable as it may seem, also be at mistake.

Everyone believes that he/she best interprets a situation and can never be wrong about it. Your actual wisdom is shown when you test your intuition in the midst of an argument, shake off your pride, and check if you really have a reason to argue with your opponent.

A great majority of people believe that accepting others’ perspectives can potentially indicate their defeat in an argument. Nevertheless, they are able to see complexities of a situation and make a better judgment by giving rightful value to others’ opinions. This judgment may not only be appropriate for themselves, but also for their opponents. A win-win situation can only be created when you are able to listen to others without making prior judgments. It demands courage, discipline, and acknowledgment skills.

Listen to What Others Have to Say: Make earnest efforts to discover what your opponent thinks about the concerned issue. Pay attention to his/her concerns, motives, and goals. Modify your thinking to understand the basis of his/her point of view. You are likely to get the most out of a situation only if you comprehend your opponent’s feelings and interests.

Admit Valid Opinions: In our world, a person’s mindset, belief system, and personal experiences are different from others. Something that seems to be chaotic to one person may be the other person’s technique to achieve the same ambition. A difference in ideas does not lessen significance of any opinion. Every situation can make sense once you are able to expand your thinking to figure out validity of your opponent’s stance.

Know What Your Attitude Shows: The key to understand other people’s perspectives is compassion and empathy. Your attitude signifies a lot about your perceptions. It is rather easy to evaluate a situation when you keep outcomes less important. You should alter your thinking to make a rapport with others.

Considering a battle ground, both sides assume to be battling for right reasons. If they expand their perspectives, they can easily realize that humanity exists beyond borders of their respective countries. For any situation or argument, it is important to consider every minute detail as it can be right or wrong in ways that are beyond your comprehension.

Contributed by Rakesh Malhotra, Founder of Five Global Values and Author of “Adventures of Tornado Kid, Whirling Back Home Towards Timeless Values”.  Passionately determined to uncover the mystery of human behavior. His fascination with the influence of core values on human behavior stems from a career which has seen rise from an entry-level sales job to that of a seasoned CEO. Having worked, lived, or traveled to more than 40 countries, he has been able to study performance and human behavior across all cultures. Follow me @FiveValues.