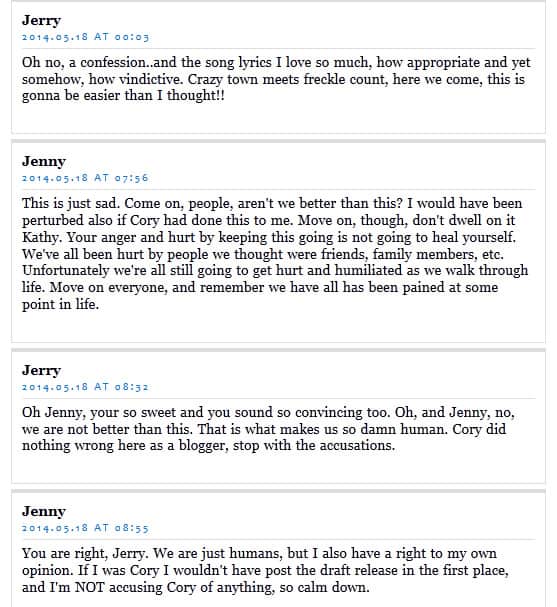 Throughout the centuries, women have abided by the “You First” mentality. The U.S. was founded on the principles that men were the head of the family and women had no say in decisions that affected family business. We have seen women stand by philanderers at public apology events. After the Civil War, suffragettes were told to step into the shadows and push for the voting rights of black men before they could be considered. The Federal Hate Crime Statue includes the word “gender,” but not one individual has ever been prosecuted for rape under that statute even though we know rape is a hate crime. And, of course as moms, we always take the back seat to our children, but that is something we give freely with love.

So I’m not surprised that the reauthorization of the Violence Against Women’s Act in 2006 which added “any device or software that can be used to originate telecommunications or other types of communications that are transmitted, in whole or in part, by the Internet,” has gone relatively unnoticed. I only found it recently after a blogger I forwarded a draft press release with “FYI” to posted it and encouraged comments about my inability to send him a final version. The majority of the more than 100 comments were vicious, sexist, vulgar and possibly illegal.

So now that it’s taken eight years for me to notice, let me give you a brief non-legal opinion. The original statute was old and talked specifically to telephone calls and they had to be one-to-one communication. Then someone who probably didn’t even realize what 2014 had in store, added and telecommunications device – ie. smart phone, tablet, computer, and adds, “ initiates the transmission of, any comment, request, suggestion, proposal, image, or other communication which is obscene, lewd, lascivious, filthy, or indecent, with intent to annoy, abuse, threaten, or harass another person.”


In other words, if someone posts comments that are indecent about you or are meant to be harassing AND that person uses a “handle” or undisclosed moniker, he can be charged under the VAWA. Not everyone likes the legislation, but it goes a long way in helping our women, young and old in combating the power many cowards feel when going after women who are trying to make a difference in their community.

We need to get #SEC223 to begin to trend on Twitter. Just the term #SEC223 needs to mean something to people who look to shut down the voices of women around the world. Keep it going and educate your followers.