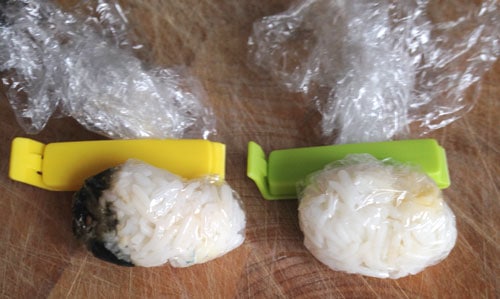 Make Your ‘Self-Talk’ Positive… by @TinkerAndFaff

If you have seen my website you’ll know I LOVE words, I love the way words make people feel. One of my favourite quotes is “Change your world by changing your words” so all of my prints and products tend to have positive words and fun words to make people smile – I like making people smile.

So this post is all about those messages we tell ourselves and the effect it can have on us without us realising it!

I read an article a few weeks ago on the Danielle LaPorte blog post – and noticed quite a lot of negative comments on Facebook about her experiment. So, being a bit of a doubting Thomas, and wanting to see things for myself – I thought I’d try my own experiment – with some left over rice that we had. Yes, my husband thought I had lost the plot!

I weighed the rice and bagged it up in two separate cling film bags, using two food bag clips to ensure air didn’t get into the bag. The ONLY difference between these two bags of rice is that one of them I ‘spoke’ nicely to and the other one I used words that we tend to use to ourselves a lot (our ‘self-talk’), like “you’re so rubbish” “you just haven’t a clue” etc – you know, that self ‘banter’ that we give ourselves.

First, I had to get past the idea that I was talking to rice – I know, it’s only rice!!! But once I had, I could be quite mean to the rice (sometimes REALLY mean – poor rice!)

Because I wasn’t convinced it would work I didn’t ever take a photo of the rice in it’s younger more positive days – I did sort of think it was me just being a bit random and possibly having a mid-life melt down.

Still not convinced, I figured if one was going mouldy then the other would follow suit quite quickly, but I persevered being nice to one bag and horrible to the other.

I realise we’re some what more advanced than rice – but at the end of the day, we’re all susceptible to negativity and negative vibrations. We’re all made of atoms – even the rice!!

So please PLEASE be nice to yourself – and to others.

Yes, I realise there are plenty of negative people out there saying that this is a ridiculous experiment, it’s not a scientific experiment blah blah blah all that kind of nonsense. So if you don’t believe it, why don’t you try it for yourself, just as I did. It’s not that difficult to bag up some rice and be nice to one bag and mean to another… or maybe for some of you it is?!

Science is about challenging what we know, or what we think we know. While this isn’t a controlled scientific experiment, it’s an experiment non the less. Everything that we see, touch, hear and feel is related to ‘matter’ – it’s energy, it’s atoms. Just because you can’t see what’s happening to that ‘matter’ doesn’t mean nothing is happening. Just like using derogative comments and being mean to yourself and others may not seem like anything is being affected.

If you think this is all poppy-cock and hokey that’s fine – I don’t care – carry on being mean to yourself and to others, just try not to drag those others down to your mouldy bad rice level please!

Nikki Griffiths is the founder of Tinker & Faff. Tinkering and faffing and creating word art designs for gifts and for the home.

Having trained as a typographer and designer Nikki decided to venture in to the world of surface pattern design on home and gift wares. Producing off the shelf products as well as bespoke art for beautiful gift ideas. She started doing bespoke prints for family and friends as gifts and it has taken off from there, selling her wares on Etsy and blogging about the creative tinkering and faffing that she does in her spare time to encourage others to get creative and tinker and faff.

UK based in the Cheshire countryside, although with big aspirations for a cottage by the sea in South Wales. 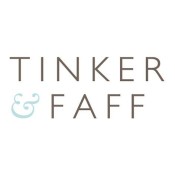 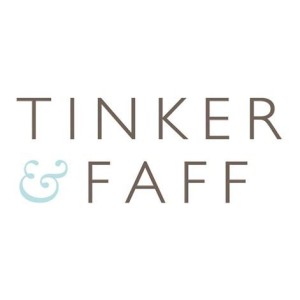 2 Replies to “Make Your ‘Self-Talk’ Positive… by @TinkerAndFaff”