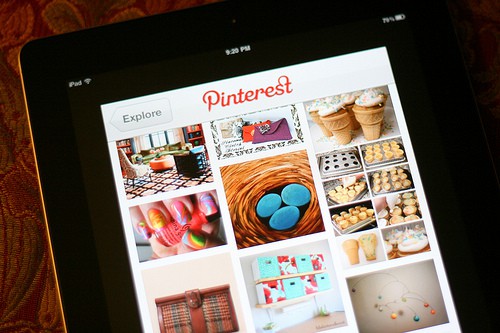 Over the last four years, Pinterest has transformed itself from start-up oddity into a social media powerhouse that is valued at $3.8 Billion. As the site grew, many began to wonder if it would redefine social marketing like Facebook and Twitter had. So far, it seems it has – according to New York Magazine, retailers report that customers found through Pinterest typically spend a little over double what customers found from Twitter or Facebook do. Pinterest’s 70 million users still means that a very lucrative market is active and many businesses are taking advantage of the benefits of having a pinning presence on the platform. However, the commercial use of a visual based site like Pinterest does cross into uncomfortable territory. A lot of businesses are concerned about violating copyrights, being targeted by lawsuits, and even having their own intellectual property stolen and misattributed after posting their pins. Luckily, the site is pretty business-friendly, as long as you stick to some basic rules that you really should follow anyway.

1) Stay away from copyrighted images.

You cannot use an image that has been copyrighted for commercial purposes unless you own it – end of story. I’ve heard a lot of strange arguments from people that have been caught marketing with someone else’s work, ranging from claims of parody to questioning the very concept of intellectual property, but the fact remains that the owner of the copyright has the exclusive right to distribute and copy that image, and you do not. Fair use does not protect for-profit marketing. Whatever you pin to the site has to either be owned by you, or you need to have received permission from the copyright owner to use the image. Stay away from memes, popular photos, and logos – this may sound like I’m taking all the fun out of Pinterest, but when it comes to intellectual property, it is better to play it safe.

2) Think before you repin.

Business pages need to be a bit more strategic with repins than the average Pinterest user. Don’t just go in and start repinning everything you see – have a strategy as to what you’re reposting and why, and try to stick to your industry. You also need to make sure that whatever you repin is properly attributed. According to Pinterest’s terms of service, the user that originally posts the content is responsible for it, but you should still be careful and make sure the original author is sourced. And please don’t strip out a source link, or add a link to your site. Not only is that behavior in bad taste, but it can also land you in hot water.

3) Enforce your ownership of copyright.

Ownership is a real concern for people that post their own designs and photos to Pinterest – if you design and sell bracelets, and pin a picture of your design to Pinterest, do you really still own it? The quick answer is yes. Pinterest itself states that ‘you retain all rights in…the User Content you post to Pinterest.’ However, that content can be repinned, modified, displayed, and distributed by anyone on Pinterest; the site has a right to reuse any content posted to it. That does not mean another user can rip off your photos, pretend they made them, and then use them to market themselves. If you are displaying photos of your work on a site like Pinterest, I recommend adding some sort of watermark as a first line of defense. But if that doesn’t stop IP theft, most sites, including Pinterest, have an easy to use DMCA takedown form.

For as marketing-friendly and useful Pinterest can be, the trouble is that any site that relies on user-generated content risks violating copyright law. My best advice to any small business on Pinterest is just to play it safe. Don’t repin anything that isn’t properly sourced, and don’t post images you have no rights for. While this may limit the pool of images you can post, it also opens the doors to getting creative. Business accounts should focus on their own content anyway – after all, the entire reason a company would be on Pinterest would be to market. As long as your cautious about what goes onto the site, you should have nothing to worry about.