What #ThanksMichelleObama Really Told Us by @1000Girlfriends

On Friday, it seemed like school kids around the country were all sharing pictures of what appeared to be undigestible food provided by their school with the hashtag #ThanksMichelleObama. Some die hard POTUS haters took the opportunity to bash him once more for good measure:

Every major media organization covered the story while #ThanksMichelleObama trended in the top position for hours, but what did we really learn from the student food selfie protest? Here are a few things that come to mind immediately:

1) Schools lack social media policies. I think I speak for a great majority of moms when I say that I have a pretty antagonistic relationship with my child’s electronics. I’m pretty sure school policy is that cellphones stay in lockers during the school day so the images of mystery meat at schools around the country are troubling for issues ranging from distractions to security.

2) American kids don’t eat at home enough. Home cooking looks just like the pictures being tweeting. Yes, it’s delicious, but we’re not pastry or sous chefs. Maybe the real culprit here are moms like me who will stop to get my daughter something on the way home from cross country practice or cook her a meal from a box in the microwave. This is not real home cooking. #justsaying

3) Kids are asking for diabetes. Clearly, kids today have things too easy, because they are asking for a disease that can cause blindness, amputations and early death. Food is more important than that. A. Spaceman wants to die of food and so does 117 of his Twitter friends (see below). It doesn’t bother him that the nation’s obesity (very, very, very overweight) rate among 6-11 year old kids has nearly tripled in 30 years from 7 percent to 18 percent. Among 12-19 year olds it went from 5 percent to 21 percent. Think about that little children.

4) Kids control social media. I have seen a 10 year old whip up thousands, maybe millions of girls to #votefor505now and get it trending in seconds. Yes, I predict a new job title for the next generation: Twitter Trender. It will pay well.

5) Hashtags are more powerful than anything. News organizations and millions of other people pay more attention to what’s trending on Twitter than what’s happening on the streets in our cities and towns. #sad #gunviolence #norolemodels #educationsystemsucks

6) Kids don’t get civics. Perhaps the biggest thing we learned with #ThanksMichelleObama is that kids have no idea what people in Washington do and that the actual Healthy Hunger Free Kids Act 2010 is a law that passed with bipartisan support.

7) Some kids on social media are evil. Which brings me to this insight. Say anything about a kid’s idol and you are finished. They also use the phrase “kill yourself” a lot. You can’t ban these kids. Someone I know has tried. 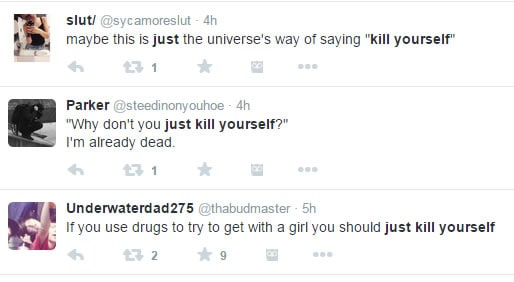 8) No one takes kids seriously even if they have a point. The media has all jumped on board #thanksmichelleobama, but seems to have missed the biggest story of all: Who is stealing the billions we spend to feed our children healthy food? The NY Times did an investigative report on the food industry and how it controls school lunches. Read it here and demand a change.

2 Replies to “What #ThanksMichelleObama Really Told Us by @1000Girlfriends”