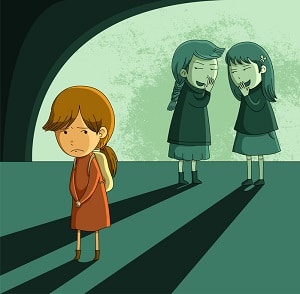 Who Knew EMILY was a Mean Girl? by @1000Girlfriends 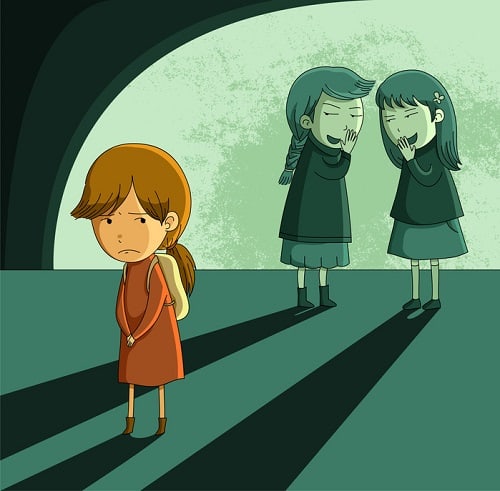 Let’s take a walk down memory lane, back to high school. Close your eyes and imagine the smell of the hallway, the butterflies in your stomach, the bells ringing, lockers slamming, oh and let’s not forget EMILY.  I know you still remember the power she wielded with the other girls. She had her clique, of course, the beautiful people she invited to her “special” parties. Sometimes the Plain Janes could get in by affiliating with someone she favored, but if Emily didn’t like you, no one liked you, no one important anyway.

I couldn’t help but notice that EMILY had reappeared in my adult world. I had to do some active digging just to be sure it was her, because mean girl tactics in my world can play out much more negatively than in the halls of Edgewood High. Today, the stakes are higher, and the women EMILY chooses to leave out of her circle could more than likely have the power to influence my daughter’s future. I’m referring to EMILY’S LIST, a Political Action Committee (PAC) that derives its name from the acronym – Early Money Is Like Yeast (EMILY).  The concept is to help seed pro-choice female political campaigns.

EMILY’s mission is nine words: EMILY’s List elects pro-choice Democratic women to office. (In theory it makes no sense because a PAC does not have a vote, which is what is required to elect.) Still it is their mission so when Sunshine State News writer, Allison Nielsen, opened an eblast from EMILY’s List last November, she probably thought there was a typo.

“One Democratic woman governor in our country is not enough. In 2014, we need the full weight of the EMILY’s List community — all 3 million of you — behind Wendy Davis, Mary Burke, and Allyson Schwartz who are fighting to become the voices for women and families as governors of their states. We need more Democratic women in governors’ mansions across the country.”

YES!!! Wait. Where’s Florida gubernatorial candidate Nan Rich? EMILY had endorsed her before. Heck, Rich was endorsed by the former Governor Buddy Mackay. She was the first woman ever elected Leader of the Florida Senate Democrats, and the first Floridian elected to serve as the National President of the National Council of Jewish Women. She has a 100 percent voting record in support of public education, job creation, environmental protection, women’s reproductive rights, and social justice issues and was chosen by the Palm Beach County National Organization for Women as the keynote in February for their annual Susan B. Anthony luncheon. Susan B. Anthony!!

So what’s going on? Who knows? EMILY isn’t talking. The answer may lie in Rich’s opponent, Charlie Crist, who coincidentally announced he was running as a Democrat for Florida Governor against Rich at the same time EMILY’s LIST was blasted to members.

BUT IT GETS WORSE. The biggest Dirty Trick EMILY has played on Florida Gubernatorial Candidate Nan Rich is in leaving her completely OFF EMILY’s LIST! So if someone goes to their site looking for pro-choice Democratic women running for office to donate to, they will NOT see Rich.

But Crist’s not a pro-choice Democratic woman! No, he’s barely a Democrat, only jumping parties in 2010. Crist was a lifelong Republican and is pro-life. When he lost the U.S. Senate race in Florida to Rubio, he became an independent, then a Democrat. Since no one at EMILY’s List will talk, rumors and innuendos are rampant. One theory, noted in the public records of donors, has EMILY siding with a wealthy female donor who supports Crist. Is she behind the snub?  Crist has refused to debate Rich, saying “This is not a race really about candidates.” With a silly comment like that, I’m pretty sure Rich would eat Crist’s lunch. I think it is ALL about the candidates…because it’s an election…and the people deserve a side by side comparison.

In the end, EMILY’s List is a Political Action Committee with a mission, nothing more, nothing less. Rich has a lot of supporters getting her platform out, but money buys advertising and name recognition.

As I said, this is a cautionary tale for women. We are extremely powerful as individuals and a force to be reckoned with as a group. But we need to do our homework. Voting is a privilege and your superpower. Be present when exercising something as vital as your vote and demand organizations like EMILY be true to the mission they loudly profess.  Politics is an ugly business. Own your part. And, for those of you living in Florida, take a look at Florida Gubernatorial candidate Nan Rich and share her page. Don’t let one powerful organization leave her out just because they own the playground. Who knows, she may be just the one to change our world. [PS. I don’t live in FL, given money or have any ties to the Rich or Crist].

One Reply to “Who Knew EMILY was a Mean Girl? by @1000Girlfriends”