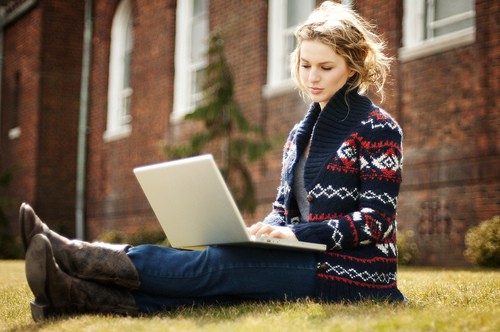 Why Are LLCs So Popular? by @DeborahSweeney

By: Deborah Sweeney, CEO of MyCorporation.com

Back in 2010, Assistant Professor of Law Rodney D. Chrisman published ‘LLCs are the New King of the Hill,’ a groundbreaking study on the popularity and growth of the limited liability company, in the Fordham Journal of Corporate and Financial Law. The LLC structure is relatively novel in the world of business law and, as is pointed in the article, was a bit obscure in the nineties. However, Professor Chrisman’s research showed that, by 2007, LLCs were being formed at a much faster rate than any other business structure, outpacing corporations by a margin of nearly two-to-one. What fueled this meteoric rise? And why, of the various business structures available, are limited liability companies preferred by so many new businesses?

Many small businesses start out as sole proprietorships or, in some cases, partnerships. Once you file for a doing business as name, an EIN, and all of necessary licenses and permits, you’re pretty much ready to do business. The trouble is the business is then inextricably tied to you, or you and your partner if you have one. You are the business, and though you may be selling services or products under a different name, the business, its debts, its profits, and its liabilities are all yours. Traditionally, you would separate the business from yourself by forming a corporation. This turned the business into its own legal entity, which you then helped run. The business held its own debts, was paid a wage, and was taxed separately. In return, the business owner was afforded some protection in case the company went under or was sued. The LLC structure was not widely recognized until the late 1980’s, but once states began adopting LLC-related legislation, many business owners saw a golden opportunity. Forming an LLC afforded the owner, or owners, legal and fiscal protection without being as complicated or as expensive as a corporation.

Corporations often fall victim to ‘double taxation’ – most states have a corporate tax rate that is levied against a corporation’s profits, and then shareholders have to pay personal taxes on whatever income they derived from the corporation. There is, however, something called an S-Corporation, which allows for the flow of profits through the business directly to the shareholders, thus avoiding the corporate tax. Unfortunately, an S-Corporation requires that you form a C-Corporation first. They can also be difficult to maintain and are subject to a litany of laws and regulations. An LLC, on the other hand, has a pass-through structure by default – and if, for whatever reason, the members don’t like that structure, they can also choose a different way to be taxed.

As was mentioned above, running a limited liability company is much simpler than running a corporation. There are no annual shareholder or member meetings, unless an operating says otherwise, and some states even allow LLCs to be set up with only one member. Regulations vary from state to state, but for the most part all you need is a well-kept record of major business decisions and a spreadsheet laying out the company’s finances. Most states also require LLCs to send in an annual report with updated information on the names and addresses of an LLC’s members and to pay a fee. Compared to the records you have to maintain in order to properly run a corporation, an LLC is a much, much simpler structure.

Some states are still trying to fully grasp what an LLC is, and what kind of protection it affords its members. But, for the most part, the LLC has become an accepted, respected, regulated legal structure, and small businesses all across the United States have chosen to form an LLC to take full advantage of the protection it affords them. LLCs will, undoubtedly, continue to be one of the most popular business structures barring a serious reform of corporate law thanks to the structure’s simplicity, its ability to shield its members, and its tax structure.

Deborah Sweeney is the CEO of MyCorporation.com. MyCorporation is a leader in online legal filing services for entrepreneurs and businesses, providing start-up bundles that include corporation and LLC formation, registered agent, DBA, and trademark & copyright filing services. MyCorporation does all the work, making the business formation and maintenance quick and painless, so business owners can focus on what they do best. Follow her on Google+ and on Twitter @deborahsweeney and @mycorporation.

One Reply to “Why Are LLCs So Popular? by @DeborahSweeney”