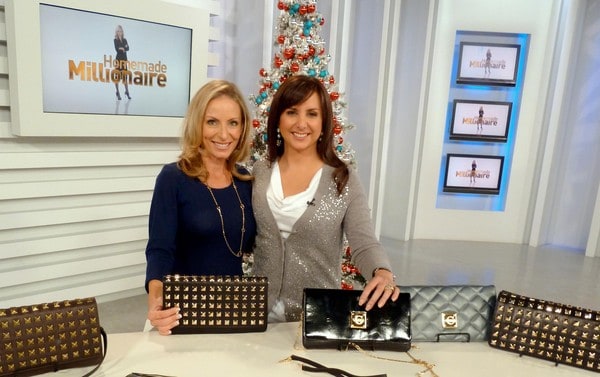 Homemade Millionaire’s Marcy McKenna – The World Is Your Oyster… Have Confidence!

Actually no…building confidence in yourself is really quite a simple task when you break it down.

In my opinion confidence isn’t something we’re born with, but rather it’s something we learn and build over time. When I think about the times I’ve felt most confident, it’s when I’ve achieved something I set out to do.

When I auditioned for Homemade Millionaire and ultimately became the winner. When I got my Pilates certification after six long months. When I graduated from college. When I became class President.

Think about the times when you felt most confident. I’m willing to bet those times were tied to something you accomplished—something you dreamed about and then finally did. Losing weight is a big confidence booster.

But, why is that?

It’s not the pounds a person sheds, but rather it’s the fact that that person set a goal and ultimately achieved it.

There is no better feeling.

Nothing builds confidence and self-esteem better than successfully achieving a goal. No matter how big or small that goal is—it doesn’t have to be something monumental. It can be as simple as organizing your sock drawer. It’s a tedious task with no huge benefit on the backend…but boy, it feels good when you tell yourself you’re going to do something, and then you actually do it. That commitment to follow through is everything.

Challenge yourself to set three goals today—even small goals. The point is to feel the shift in your confidence level as you achieve them. Give that gift to yourself!

Self-confidence gives you the ability to carry out your daily tasks with energy and enthusiasm. With a few small achievements under your belt, they soon multiply and create a new confidence from deep within you.

If you want to raise confident children, teach them early how to set goals—and more importantly, how to achieve those goals once they’re set. The greatest gift you can give them and yourself is the gift of achievement. Because with achievement comes confidence. And with confidence, the world is your oyster!

Like this post? Read Marcy’s other posts for She Owns It “Taking Control of Your Day” and “To Succeed or Not to Succeed…It’s All Up to You!”

Marcy McKenna is the product innovator and energetic entrepreneur behind Simply Solved Innovations. Born into a family of inventors, she knew since childhood that inventing was her calling. Inspired by problems she encounters as a female, a business woman, a homemaker and a mother of three she began creating solutions that make life easier, better and a lot more fun. One such solution garnered the attention of Kelly Ripa, and her TLC television venture, Homemade Millionaire. So much so, that her invention, The Style and Go™ Hair Care Valet ended up beating out thousands of others to become the winner on Homemade Millionaire’s premiere episode. You can find Marcy at www.MarcyMckenna.com

One Reply to “Homemade Millionaire’s Marcy McKenna – The World Is Your Oyster… Have Confidence!”