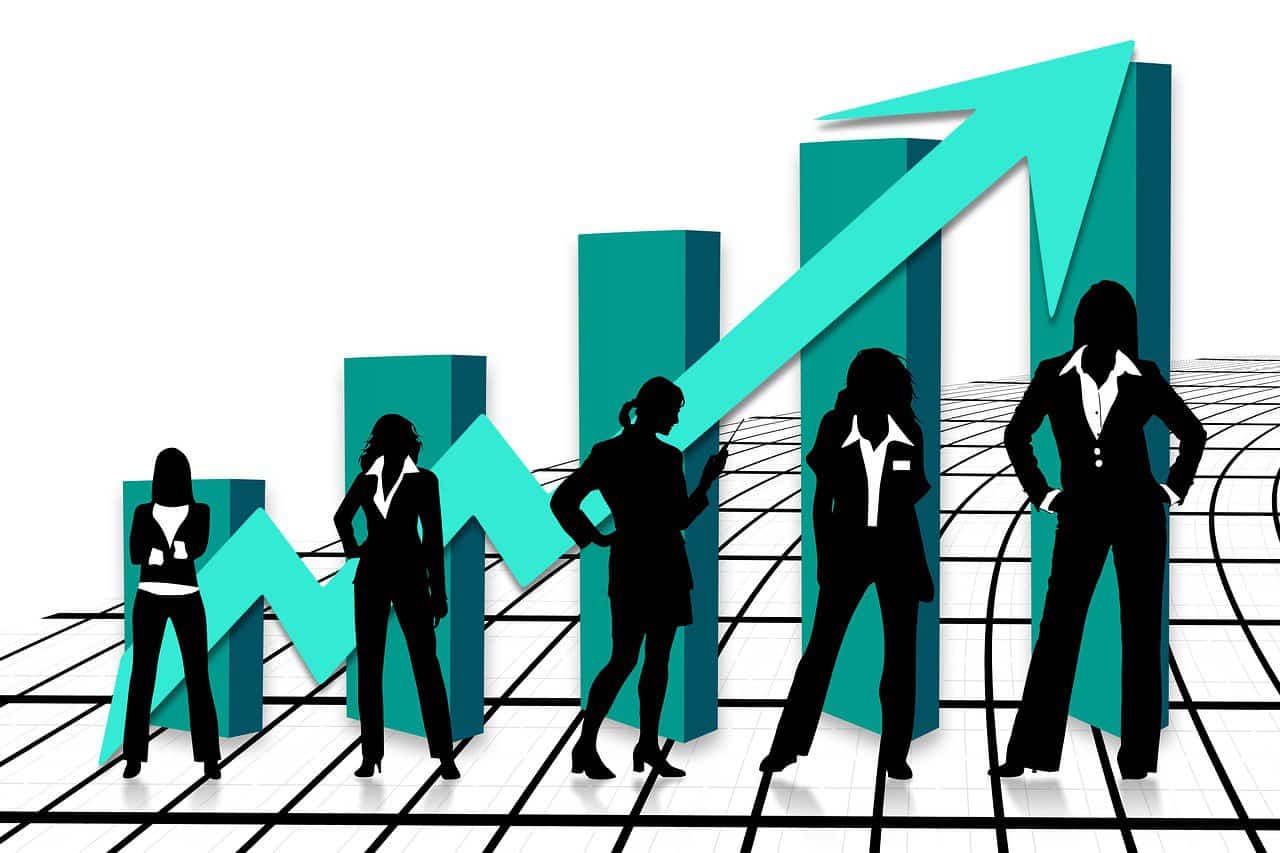 Five Ways Women Can Empower Each Other in the Workplace. by @Myowntotell 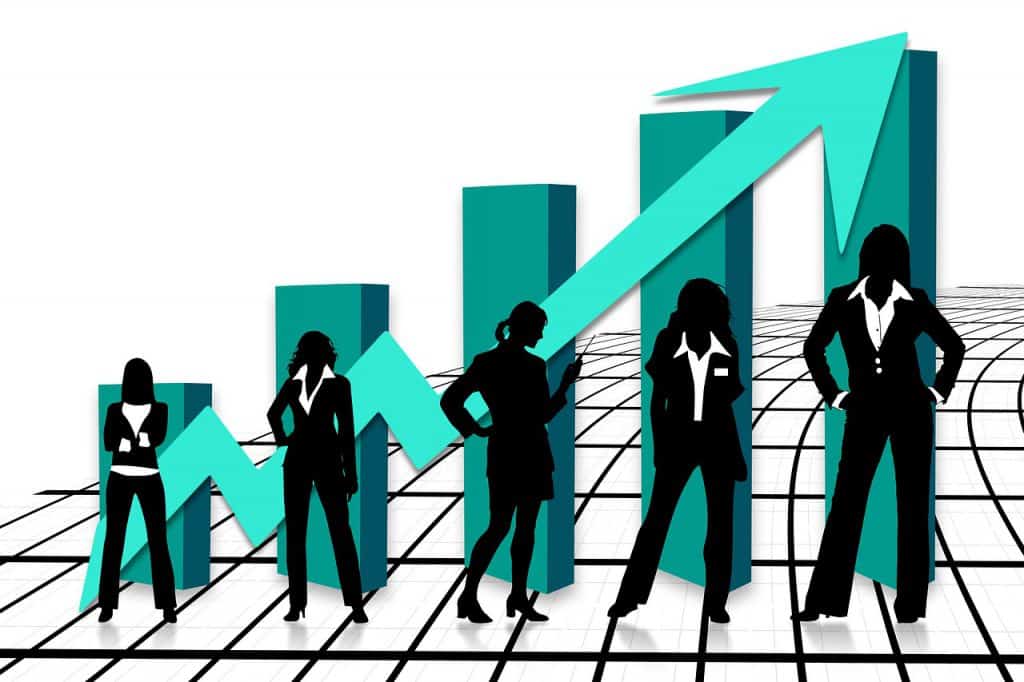 
The backbones of families, the strong pillars of any society, the masters at multitasking …I’m sure you can name more. Women have been attributed titles that highlight their strength and power but for a long time that had stayed in words. Women fought hard and long until when the time came and they were given a chance to live up to those titles. Many people in society felt intimidated and the attempt to suppress women progress still lingers today. As women, we work hard every day and prove our worth, we ask for a chance and continue to excel every time we are given one. In our day, women have understood and proven their worth in many aspects of life. Everywhere you look there are strong women rising against all odds, from doctors, to politicians, to high ranking entrepreneurs, to great women artists all the way to supermoms that are staying home to raise a strong and bright society for the future. It is no longer a question of if we can do it, it is now about how and where we do it. As we keep on the good fight that is far away from done, and as we rise to the top to rewrite our history I have compiled a few ways in which I belief women can empower each other in the workplace.

Hold the door open behind you for the next one.

One of many perfectly formulated quotes given to us by our former first lady Michelle Obama has stayed in my mind and I use her advice every chance I get. She said that
“When you’ve worked hard, and done well, and walked through that doorway of opportunity, you do not slam it shut behind you. You reach back and you give other folks the same chances that helped you succeed.”

This advice follows me everywhere I go, learning to leave the door open behind me for the next woman is a great way to support each other. We leave the door open by becoming exemplary role models and utilizing our abilities to exceed our employers’ expectations. This can take on different meanings but I use it by representing a woman in a work place in such a way that the next woman who shows up at the door will not be doubted as being capable to do her job better than a man’s. By giving the best that we can at our jobs, we ensure that the next woman to enter that door will already have an internal reference, a reference that has teared down all the misconceptions and preconceived notions anyone may have about the ability of a women to do her job. We also leave the door open by giving each other opportunity and chances that have been given to us, building them a platform to showcase their undeniable ability.

Shine the light on each other.
I believe it to be true that when it comes to management the loneliest place to be is at the top. So when it comes to women who are already underrepresented in many higher positions, it becomes very important to recognize each other and bring each other to the spotlight.  Women should take the time to applaud each other and to help each other up. This is one thing that I have observed over and over, it is that most men are very open to bragging about their accomplishments especially when it comes to work, though I am not sure if this is because for a long time they have been measured by their work or something else, it is just something that I keep observing. So for the next time that woman at your workplace comes up with a great idea or accomplishes a project with flying colors, be sure to mention it and applaud her at the next meeting. Brag about her in the hallways and mention her accomplishment by the water tank, this shows her that she is appreciated and it also shows everyone else that women in that place are teammates not rivals.

Be open to mentoring and seek out mentorship from other women.
I still remember when I was young and I would see a woman who has accomplished what I aspired to and how nerve wrecking it would be to just meet them. Well to be honest I still feel the same nerves sometimes when I meet people who are standing in the position of power that I can only dream of. The truth is approaching a mentor as a mentee can be hard at times, that is why I believe that it is very important that women who are experienced in any area be open to mentoring the young girls looking up to them. A mentorship relationship is a vital step to women empowering each other. A successful mentorship happens when the mentee can identify with the mentor, when the mentor is open enough to share the struggles and challenges of making it as a woman. Young girls need to know that whatever they are facing today, their highly regarded mentor has faced it and made it to the other side triumphant.

Give each other a taste of power
Nothing is more encouraging and affirming than knowing that someone else trusts you with something important. Giving someone a taste of power comes in different shapes and forms, to some it may be giving them a lead role on a very important project. This gives them a sense of leadership and enhances their confidence for the next time that promotion opens up. Knowing that they were trusted to handle a “bigger” responsibility reassures them and empowers their self-image. To others it may be as simple as bringing them a cup of coffee to show that you recognize them. I remember when I was in school and working as an intern at a big office and as we all know the intern always get the coffee, but one morning I was surprised to find my boss actually brought it to me. It was a very simple gesture that she probably doesn’t remember but I cannot forget the great feeling I had to know that I was actually seen and for a second I felt like the boss.

Uplift and root for each other.
There is nothing more encouraging and motivating than knowing that someone is rooting for your success. I am a firm believer that we rise higher when we rise together, and we reach farther when we push each other. We as women are very strong on our own but in order to advance to the next level, we are going to need to team up, to uphold each other instead of tearing each other apart. Complement each other, stand up for each other, and fight for each other. 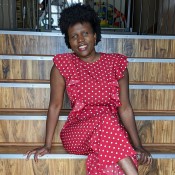 Denise Ingabire-Smith is a clinical scientist and a public health epidemiologist by academic training, an inspirational and motivational speaker from life experience, a freelance writer by opportunity, a lifestyle blogger by passion and the face behind www.myowntotell.com. Denise is an American immigrant from Rwanda, a wife, a mom of one and a small business owner. She uses her own triumphant stories of overcoming life’s adversities to motivate and inspire people to live their lives to the fullest. 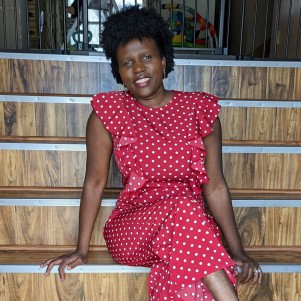 Denise Ingabire-Smith is a clinical scientist and a public health epidemiologist by academic training, an inspirational and motivational speaker from life experience, a freelance writer by opportunity, a lifestyle blogger by passion and the face behind www.myowntotell.com. Denise is an American immigrant from Rwanda, a wife, a mom of one and a small business owner. She uses her own triumphant stories of overcoming life’s adversities to motivate and inspire people to live their lives to the fullest.
All Posts
PrevOlder Stories
Newer StoriesNext

4 Replies to “Five Ways Women Can Empower Each Other in the Workplace. by @Myowntotell”