We’re halfway through 2013. Depending on how your year has gone so far, that sentence either sent a chill down your spine, sparked a feeling of triumph, or gave you a mixture of those two sensations. However, no matter how the first half of your year has gone, you can still take this opportunity to take stock and mindfully take action in deciding how the rest of 2013 will go. January planning gets all the hoopla, but this is just as (if not more!) important.

But where do you start?

Before you make any more plans, you need to figure out where you’re at now, in relation to where you want to go and where you thought you were going to go. This doesn’t have to be depressing – sometimes things come up, whether it’s a life event or an unexpected joint venture partnership , that can throw off our plans.

This part is about gathering as much data as you can that relates to your goals (that part is important, because if website visitors a month has nothing to do with your goals, then you don’t need to pay attention to it) and then examining the context around it. By “context” I mean background or environmental things that could have an effect on your results, that you might not have thought about before. You’ve probably realized, for example, that you usually have a boost in email list subscribers after you do a guest post, but do you have a boost in product sales as well? Or client inquiries?

Now you’ve got all this information, but you need to actually use it – you need to figure out what it means and then create a plan from it.

Ta da. Now, going through what you’ve learned from the first half of the year, you’ve got a solid plan for the second half of the year, that is thatmuch more likely to actually get the results you want. And if you want to go into these steps in more details, check out the Rock the Rest of 2013 free call I’m hosting!

Get it Together Guru for Creative Entrepreneurs – Michelle Nickolaisen of Bombchelle Austin, TX 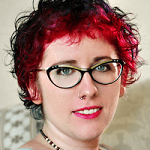 Michelle is a project + operations wrangler for creative businesses, who also writes & teaches about productivity, organization, & systems (that don’t suck) for creatives. She lives in Austin, TX with her Shiba Inu & loves Buffy, dark chocolate, and tacos. Find her on the web at Bombchelle, on Facebook, or on Twitter.

From Michelle’s site: “My name is Michelle, and I’m an expert at finding out how + why something works (and then putting that knowledge to usually-good use), being grade-A curious, & getting things Done with a capital-D. I work with with creatives who have an established business, who are ready to launch something new or who want to go in a new path, who tend to get stuck going from innovation into action. If you’re working with me, you can expect sass + laughter, fun surprises, and lots of action.” 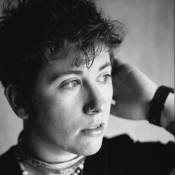 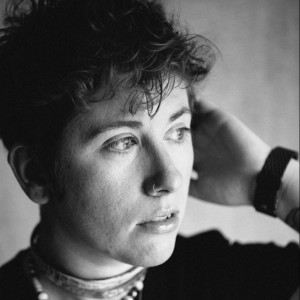