7 Reasons to Be the Best YOU by @LivingOutLoud_

Sitting at the sushi bar, I gnawed intently on the edamame pod feeling like a chipmunk but when my eyes glanced up at my client sitting next to me, I noticed that tears had puddled below her lower eyelid. I stopped chipping away on the green soybean and turned to give her my full attention. I knew the in-vitro-fertilization procedure she had just been through was unsuccessful. Not only did a new life refuse to grow inside of her forty-four year-old body, but she also went through hours of doctor’s appointments, eight airplane trips, thousands of dollars and enough hormones to sustain a major league baseball team for a full season. I wasn’t about to bring up the subject that would make her sadder than she already was. I didn’t want to ask her to put her pain into words, but her dripping tears told me she needed to talk. She wanted me to know that her sadness wasn’t because she didn’t get pregnant but because she had disappointed the people she loved most. Her parents wanted to be grandparents, not for themselves but because they wanted their only daughter to have a family of her own; to experience the joys, sad times, disappointments and fulfilled dreams that only a mother and her child can experience together. They had accepted the fact that she might never find that one special person to wake up next to every morning, but the possibility of her sharing her life with a child had renewed their hopes for her happiness, and theirs.

Through her tears, she told me that she had truly believed she wanted a child but when that didn’t happen, she realized her desire was only because her parents wanted her to have one, not because she yearned to share her life with a child.  She knew she had disappointed her parents’ dreams because she never found the man of her own dreams, but there was still a chance that could happen someday. Now, the mommy dream was over, done, and gone forever. Biologically it was impossible, and adoption was out of the question for her.

After a few eyeliner-streaked napkins, I felt relieved to know that she had discovered the source of her own sadness- she had tried to become someone she was not- someone that other people wanted her to be. That was her AHA! moment.

Caring about what other people want for you can cause you to try to fulfill their desires. That’s lovely when it works favorably, but sometimes along the way it doesn’t work at all, and you lose yourself.

Happiness cannot happen if you don’t live your truth. It may cause mistakes, failure, and regrets- but it will also bring lessons, wisdom, and personal harmony.

Some people love the joys of single life; like sharing their bed with empty sushi containers, three dogs and an iPhone. While others can’t imagine eating dinner alone, a night without a room temperature argument, and a bathroom floor without someone else’s wet towels on it. Some women came out of their own mother’s womb with a natural ability to change diapers, never sleep, and to say no to a persuasive cry that tears her heart out. And then there are women who are truly content knowing that a miniature version of themselves will not be brought forth into future generations. Whichever one you are is ok… because that is who you are; it’s what you want, and who you were meant to be.

When you discover the true you, your own AHA! moment happens; you know what you want and are free to go after it with every ounce of your being. When you do, you live content- comfortable in your own skin- able to achieve whatever impossible dreams you had imagined for yourself.

I’m in the personal excellence business. My job is inspiring people to take action to discover their best self. That means in order to excel you need to know whom you are- then you can move forward. You can fortify your strengths and strengthen your weaknesses, then face your flaws and strive to overcome them. Every day is a chance to become a better version of your self, not a better version of somebody else.

SEVEN REASONS TO DISCOVER THE BEST YOU:

1)   Celebrate your nature! Even if it’s different than what everybody expects of you.

2)   You may lose sight of your own dreams if you try to live up to other people’s dreams.

3)    If you do not live according to who you are, you will not experience the joy of inner peace.

4)    You can’t be happy if you don’t feel good in your own skin. You can’t be in somebody’s else’s skin. Yours is custom fit just for you.

6)    When you put your head on the pillow at night, you won’t get that yummy cozy feeling- or a good night’s sleep. 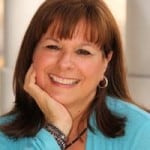 About June Silny: Creative passion has propelled her through several exciting career choices, usually all at the same time. Starting out as a hairstylist, she later became owner-operator in a salon. In her spare time, she appeared on-screen in Cocoon: The Return. That’s when the film bug bit her; and she became a hair and make-up artist for film, theater, and the opera.

Needing to shed some baby weight after the birth of her son, she started taking Jazzercise classes but soon realized that she wanted to be the instructor not the student, so she became the owner of a Jazzercise franchise and taught for ten years. Years later, her spiritual search changed her course. It was time to trade in her leotards and tights for a yoga mat and incense. Once again after spending time as a student, she became a yoga and meditation teacher.

Being a creative fashionista, she blended her passion for fashion with the Zen effect of knitting, crocheting, and jewelry making. Once again- following her career pattern- whatever she becomes passionate about she turns into a business.

In 2008, she became a student of Mussar, a spiritual personal excellence based on ancient mystical wisdom, and shortly after became a group facilitator. Blogging what she was teaching, her sleeping writing skills were awakened. Her blog turned into a book (Fall 2014 release) and also a Kindle Single- Realizations: My Experiments in Daily Living. She continues to teach and coach her students through her private coaching, groups, blogs, and books. 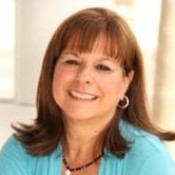 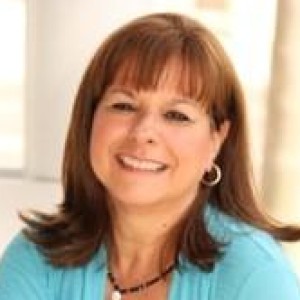