It’s hard to imagine life without Twitter for those of us that spend hours upon hours on it each day. If you are like me, you have definitely made the joke “I even have conversations in person in 140 characters!” more times than you’d like to admit. But there IS something to be said about how Twitter’s 140-character limit has trained us to speak, write and communicate more succinctly.

Suddenly, and without leaking information early, we have now learned that Twitter plans to allow users to write and share tweets much longer than the current 140 character limit. While it seemed to go against everything Twitter was built on, at first many of us were skeptical that this was actually something in the works, until Twitter CEO and Co-Founder Jack Dorsey chimed in.

We’ve spent a lot of time observing what people are doing on Twitter, and we see them taking screenshots of text and tweeting it. Instead, what if the text… was actually text? – Jack Dorsey, Twitter CEO & Co-Founder

I’ll admit: when I first started on Twitter and didn’t have any clue how to express myself in only 140 characters, I DID take a picture of longer text I’d written out in word and tweeted it. It’s ok, you can admit that you did too. Even early on, however, I felt almost guilty about having done that, and can honestly tell you that it only happened that one time. I spend at least 2 hours on Twitter each day, and follow many people, reading even more people’s timelines than I follow, and I never see people “taking screenshots of text and tweeting it.”

Without more than half a second of thought, I can come up with suggestions of changes I’d like to see Twitter make, and upping the character limit would never come up. First and foremost, I’d love the ability to edit tweets. I can see your head nodding in agreement. I would also love to be able to “mute” a hashtag, just like I can “mute” certain people that I don’t want to see daily, but don’t necessarily want to unfollow.

Keep in mind, Jack has not used the words “10,000 characters” yet, but it seems like a good guess for the upcoming change, given that direct messages were changed last August to allow up to 10,000 characters. We also do not have an exact timeframe as to when this change will occur, but rumors are it will happen before the end of March of this year.

What does this mean for all of us?

1. We will no longer need to use services to shorten our URLs.

2. Our messages won’t have to be written with 1a, 2a or 1/3, 2/3 – we can simply keep writing all our thoughts and comments into one, much longer tweet. This could help eliminate or cut down on annoying Tweet Storms, where people go on diatribes in 20 tweets, clogging up timelines.

4. Haters, trolls and angry users have much more room to spew out thoughts we didn’t want to see in 140 characters.

5. People will most likely begin to use Twitter as a sort of microblog.

And let’s remember – when Twitter first opened up, that is precisely what it was intended for – it was not intended to become a social network!

6. More characters open up the possibility for more searchable content marketing, giving you more of an opportunity for brands to interact with their consumers right in the platform they are already on.

7. Customer Service will become more transparent as lines of communication won’t have to be directed off Twitter into a call center, email or direct message in order to fully discuss issues a customer might be facing.

8. Context will be easier to see, without having to scramble to find all the tweets that landed a discussion where it ended.

9. Marketers will receive more data on who is reading what, and for how long in order to more intelligently tailor ads.

The scariest part of this news at first glance seemed to be the thought of what our timelines would look like with everyone taking advantage of having 10,000 characters available to them. Fear not – we soon were told that tweets and timelines would still look like they had the imposed 140 character limit, but would also include a CTA to expand the tweet and see the fully written, longer tweet, without any change to the timeline design. Personally, this made me breathe a bit easier. I can choose to open tweets and see longer form content from people I want, and can easily just not engage with opening the longer tweet when I don’t feel like it.

I think this change FEELS a lot bigger and like more of an intrusion than it will actually be. Looking at this post, I am currently only at 731 words – how often will people actually use ALL 10,000? And let’s be real – how many times did we “hear” rumors on “huge changes” coming to our favorite social media platforms that never came to fruition? Do we have certainly this will happen? And honestly, do we have a choice? We didn’t when it came to exploding hearts, or losing favorites to likes. One choice we do have? You know that other rumor: “adapt or die.”

Lucy Rendler-Kaplan is a marketing veteran, with close to 17 years experience in field marketing management public relations and social media marketing. Both in-house and as a consultant, Lucy has created, developed and managed marketing projects for organizations including: Red Bull North America, ONE Coconut Water, Camel and Ethos Water, to name a few.

Most recently, Lucy has left corporate America to work as a consultant, focusing on small businesses and start-ups to design effective social media and marketing strategies to jumpstart brand growth. In addition to strategic business development efforts, she directs media relations, branding, advertising and website development.

With an early background in journalism, Lucy regularly contributes to a number of NFL and music blogs, as well as her own, with a diverse focus encompassing Lucy’s passion not only for networking and marketing but also for fitness. She spends her free time honing her photography skills, running and watching an excessive amount of true crime shows. 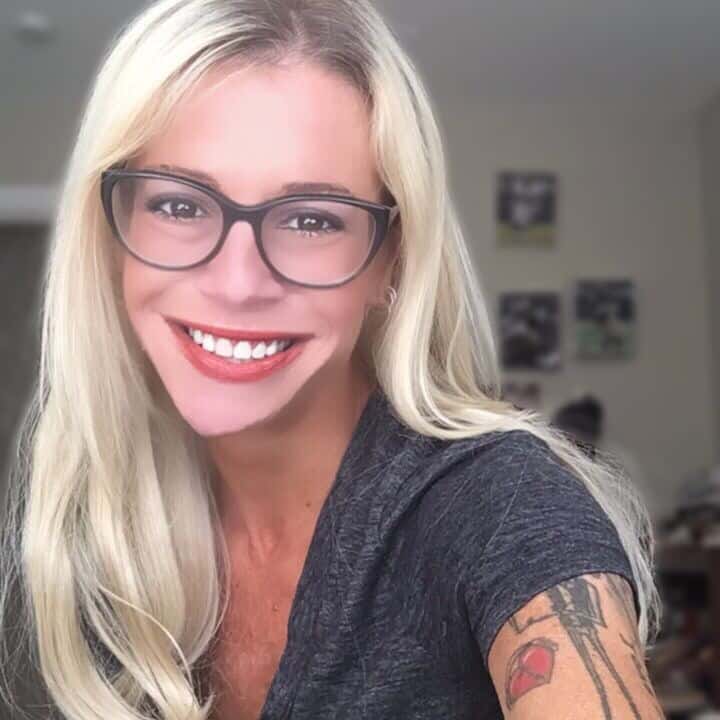 Lucy is the founder of Arkay Marketing & PR. A writer from an early age (who could forget the 88 page “Bears” novel from an outspoken 3 year old?!) she’s excited to be writing for She Owns It and loves the feeling of camaraderie and empowerment of the group. When she’s not staying in and writing marketing plans or celebrating wins with clients, she can be found taking selfies with her 15 year old mutt, Desi. 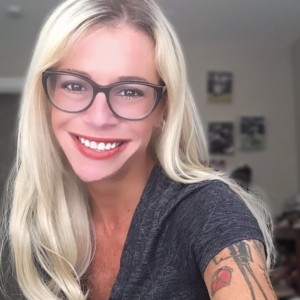 Lucy is the founder of Arkay Marketing & PR. A writer from an early age (who could forget the 88 page "Bears" novel from an outspoken 3 year old?!) she's excited to be writing for She Owns It and loves the feeling of camaraderie and empowerment of the group. When she's not staying in and writing marketing plans or celebrating wins with clients, she can be found taking selfies with her 15 year old mutt, Desi.
All Posts
PrevOlder Stories
Newer StoriesNext